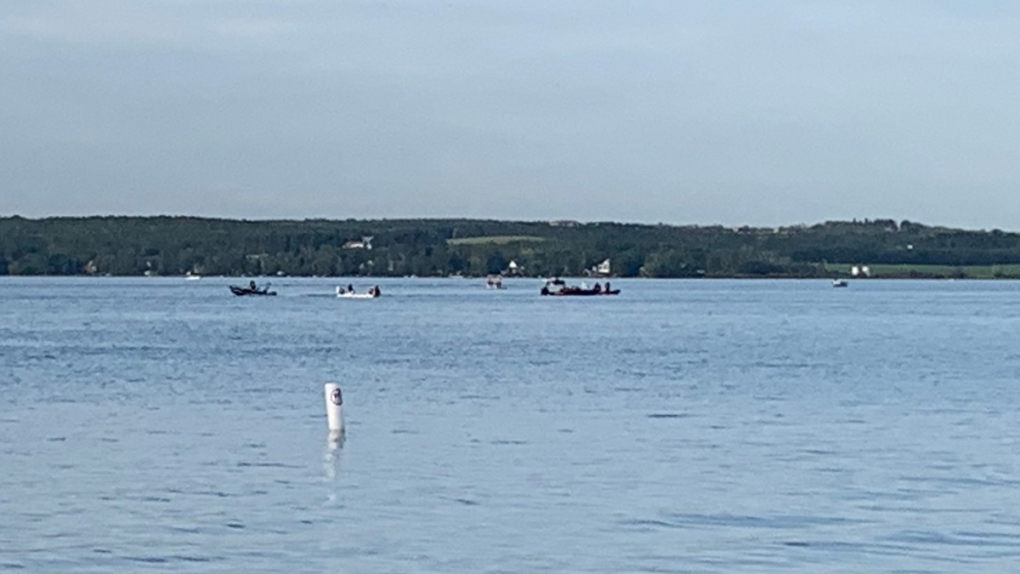 A man fell into Sylvan Lake Wednesday afternoon and has not been found.

The search for the man who may have drowned in Sylvan Lake was suspended Wednesday night due to lighting, but it will resume Thursday.

Two men on tubes were knocked off by a wave at approximately 3:30 p.m.

One man was helped out of the water by people on a dinghy, but they could not find the second man.

RCMP, as well as several people on boats, searched for the man in his early 20s, but could not find him on Wednesday.