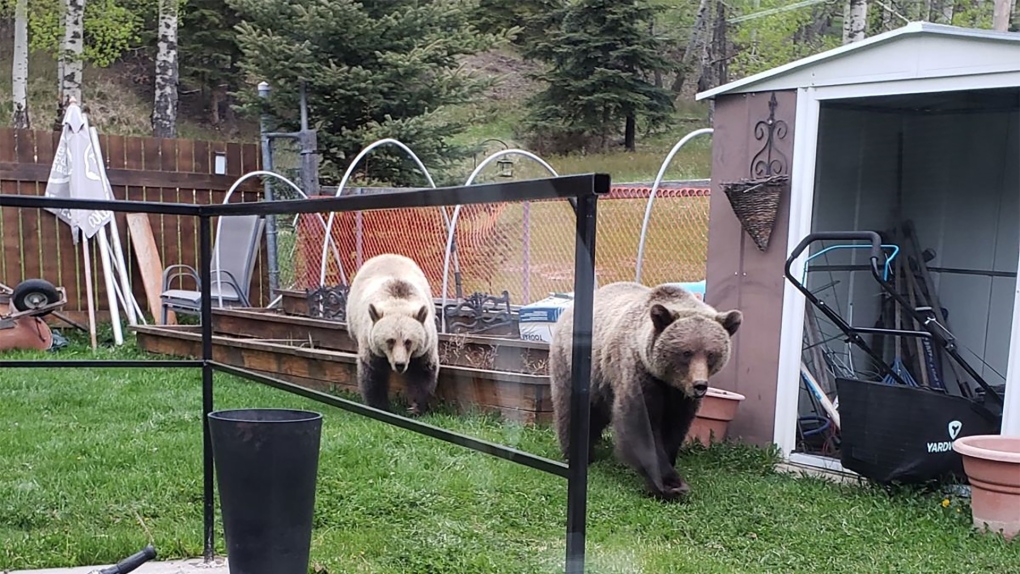 Two "teenage" grizzly bears were spotted in the backyard of a Jasper home. (Credit: Joshua Schaefer)

Parks Canada has issued a notice to residents after some unwanted tourists visited the Jasper townsite.

Grizzly bears have been spotted in backyards in the town.

Officials say the bears are “teenage” bears, who are likely looking for rich food sources, and avoiding other dominant bears outside the townsite.

While residents should expect to see wildlife in town based on its location, Parks Canada says the presence of large predators in the townsite has to be addressed.

Residents are being asked to treat their yards as campsites by removing all possible wildlife attractions from yards, including bird feeders, pet food, barbecue grease catchers and fruit trees, and to keep dogs on a leash while outside.

Parks Canada says responding to the bears as soon as possible reduces the chance of them being habituated or food-conditioned. Killing a bear is a last resort.

In the long term, a plan that addresses things that attract bears to the community is being developed.