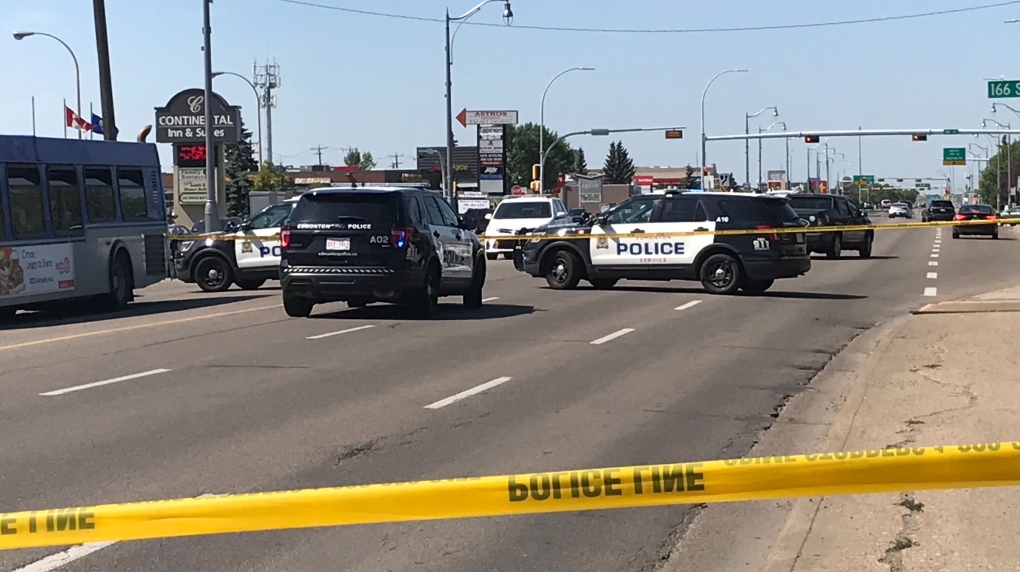 Police closed off an area of Stony Plain Road near 166 Street Aug. 6, 2020. Few details were immediately available about what happened, however, a body was seen underneath a tarp at the location.

EDMONTON -- A youth has been charged with second-degree murder after a man was stabbed to death in west Edmonton.

On Aug. 6, police were called to the area of 166 Street and Stony Plain Road after an altercation near a bus stop.

Police say they found 46-year-old Michael Podgorney with life-threatening injuries. Police say paramedics tried to treat his injuries, but he died at the scene.

An autopsy was done on Podgorney Tuesday, and police say the medical examiner determined he died of stab wounds.

A youth, who cannot be named under the Youth Criminal Justice Act, has been charged with second-degree murder in Podgorney's death.

An earlier version of this story listed Michael Podgorney's age as 39. Edmonton police have since said he was 46 years old.