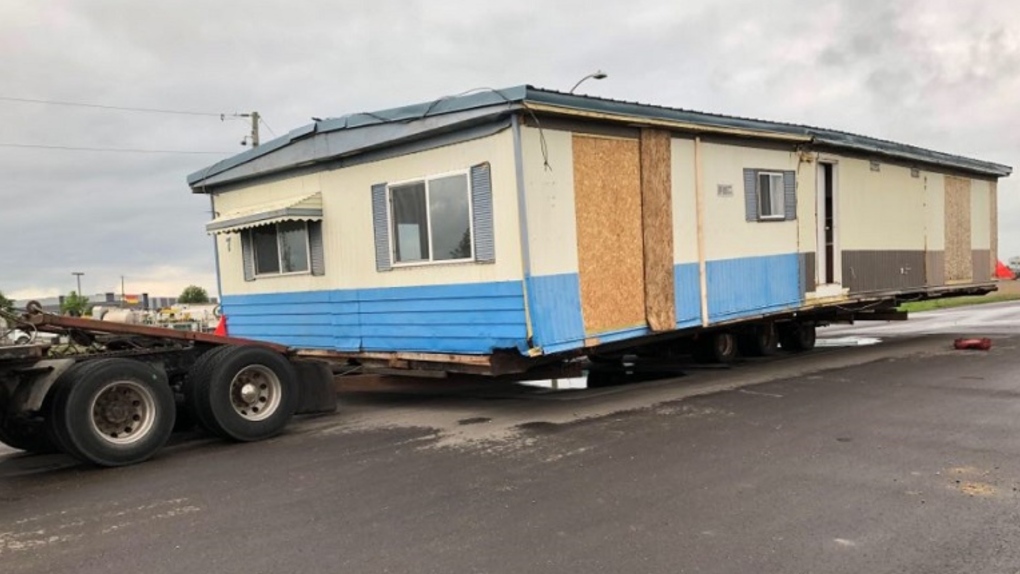 EDMONTON -- Forty charges were laid against two people after Alberta sheriffs seized a semi-truck transporting a double-wide mobile home they say was dangerously at risk of losing its load on the QEII Highway.

Highway patrol members received "multiple" complaints about the semi and mobile home travelling north on the highway the night of June 17.

"The transport unit had reportedly almost caused several collisions and was at risk of losing its load," sheriffs said in a news release.

Responding officers said there was a concerning lack of signage and lights on the convoy, including a pilot truck following the semi.

It also took place during a storm, "making an already dangerous situation even more hazardous by reducing visibility for other motorists," officials said.

Patrol officers intercepted the vehicles near the 67 Street exit in Red Deer, then escorted them to weigh scales in town.

The officers say they then discovered neither driver had an operator's licence or licence plates, none of the vehicles had insurance and the semi had expired registration.

All of the vehicles and the mobile home were seized and towed, and both drivers had court dates set in Red Deer.

In addition to the charges, the drivers face approximately $6,200 in fines with the possibility of more pending court hearings.

Alberta's Ministry of Transportation is reminding any drivers transporting oversize loads to read up on vehicle weight and dimension maximums on its website.