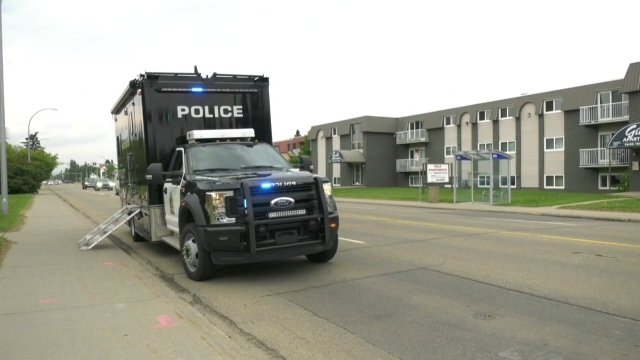 Edmonton police are investigating after an 87-year-old man was struck by a vehicle in the area of 97 Avenue and 156 Street on Tuesday, June 15, 2021. (Jay Rosove/CTV News Edmonton)
EDMONTON -

An 87-year-old man was taken to hospital with minor injuries on Tuesday morning after he was struck by a vehicle in west Edmonton.

The Edmonton Police Service, including its Major Collisions Unit, responded to the crash at 97 Avenue and 156 Street at approximately 9 a.m.

Police did not say whether the driver remained on scene or if anyone was facing charges.