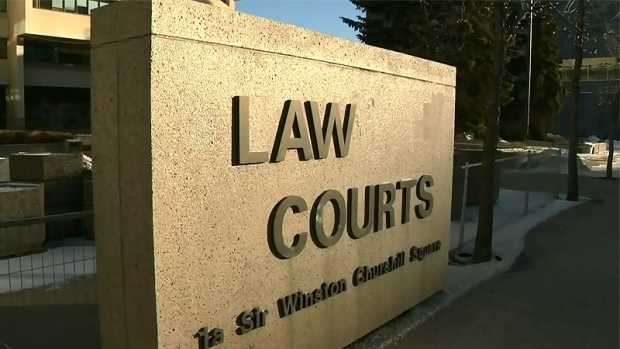 The Alberta Court of Appeal has upheld the 12-year sentence handed to a man convicted of abducting another man, and cutting off his thumb.

Steven Vollrath had appealed the sentence he received in 2016 for kidnapping, aggravated assault, possession of a weapon and impersonating a peace officer.

He was charged after Richard Suter was taken from his Edmonton home by three masked men in 2015. He was tortured and left bleeding in the snow.

At the time, Suter was awaiting trial on charges laid after his SUV slammed into a restaurant patio, leaving two-year-old Geo Mounsef dead.

In a written decision, the court ruled Vollrath’s sentence appropriate, but the opinion of a dissenting judge said he would have reduced the sentence to nine years, with credit for time already served.

The dissenting opinion means the case can be appealed to the Supreme Court.