Series of Edmonton pharmacy robberies believed to be committed by one man: police

EDMONTON -- Edmonton police believe the same man is responsible for a string of pharmacy robberies that happened on the city's east side last month.

The first robbery happened just before 5 p.m. on April 3 at a pharmacy near 61 Street and 90 Avenue.

It was reported to police that a man entered the store, brandishing a knife.

He approached a staff member and handed her a note that demanded she hand over narcotics, police said.

The employee opened the store's safe, as instructed. The man then loaded a bag with stolen drugs and fled the pharmacy on foot.

On April 7, another pharmacy experienced a similar robbery, again just before 5 p.m.

A man entered the store near 167 Avenue and 82 Street.

He gave the pharmacist a note demanding drugs before producing a knife, EPS said.

The pharmacist opened the store safe for the man, who then filled a bag with drugs and fled.

The following morning, a third incident happened at a pharmacy near 137 Avenue and 66 Street around 10:30 a.m.

A man came in, handed the pharmacist a note demanding narcotics, police said. The pharmacist complied and the man fled on foot.

No weapon was produced in the third incident. 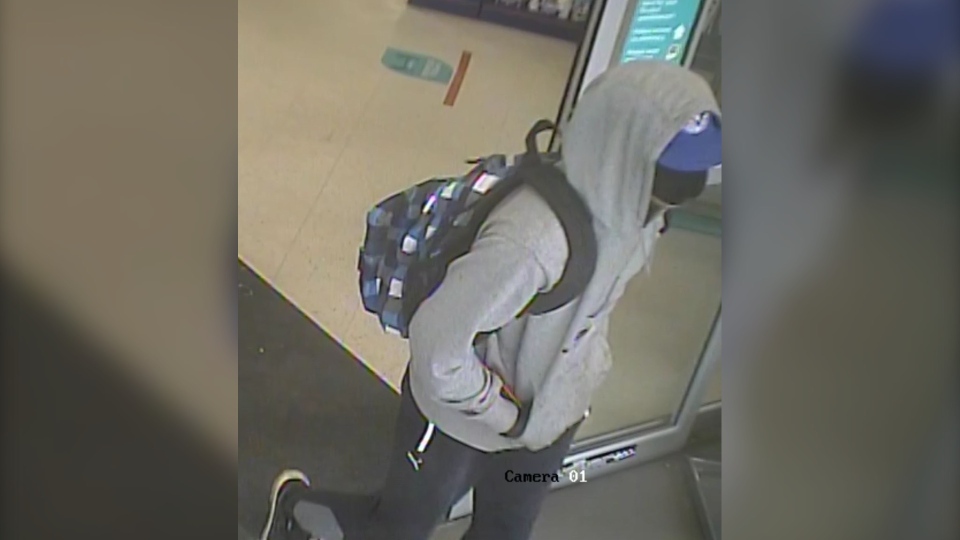 The thief is described as a white male in his early 20s, approximately 6 feet tall. He was wearing a hoodie and a hat in each robbery.

Anyone with information about any of the robberies is asked to contact Edmonton police at 780-423-4567.