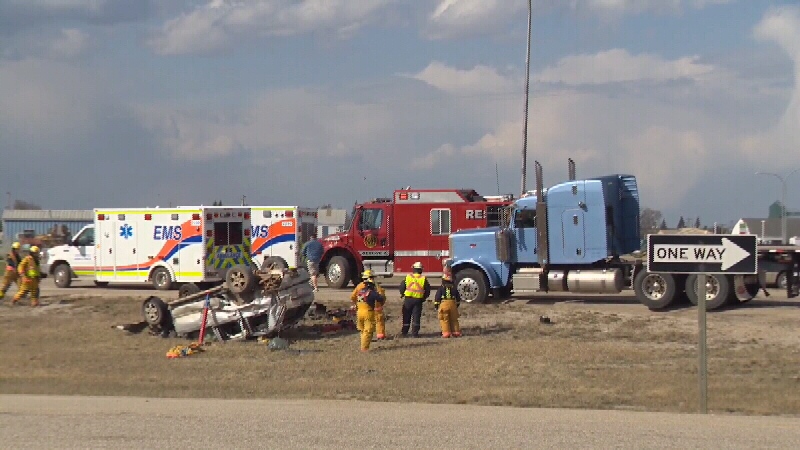 The crash happened on Highway 43 and Township Road 571 Wednesday afternoon.

Emergency crews rush to the aid of a driver whose SUV is badly damaged and flipped on its roof at the entrance of Mayerthorpe.

The crash happened on Highway 43 and Township Road 571 Wednesday afternoon. Northbound traffic is being diverted through the town.

The town’s Facebook page said the public is being asked to avoid the area while first responders deal with the incident.

“Alberta Transportation was on site yesterday and confirmed that all highway signage was in place, warning signals were operational, and lines were visible,” the page said.

The condition of the driver has not been released.