EDMONTON -- Almost three months after she was attacked by a woman with a glass at a north Edmonton pub, Erin Shaw was disappointed to learn police will not be making an arrest in her case.

“How do I know this girl isn’t going to come back?“ Shaw told CTV News Edmonton.

On Nov. 28, Shaw was working at the Crown & Anchor Pub & Grill when she confronted a customer not wearing a mask.

After the woman initially refused, the confrontation turned physical and Shaw was cut between the eyes, suffering 14 stitches, after she was hit with a glass.

“I didn’t notice until after she got up and ran out that I was bleeding,” Shaw told CTV News in December.

According to an EPS statement, “The file has been concluded with no arrests. Surveillance was too grainy to obtain plate or vehicle IDs.”

Shaw says she has heard very little from police and her emails have gone unanswered.

“I literally have not even heard from victim services yet. I am paying for therapy now to get over everything that happened to me out of my pocket and I just got back to work,” added Shaw, who returned to work two weeks ago.

Fighting through tears from her home, Shaw says she feels angry, frustrated and scared.

“That hurts hearing they are going to close the case. They should still keep going. She assaulted me and I almost lost my eye, and apparently it seems to them that’s not a big deal.” 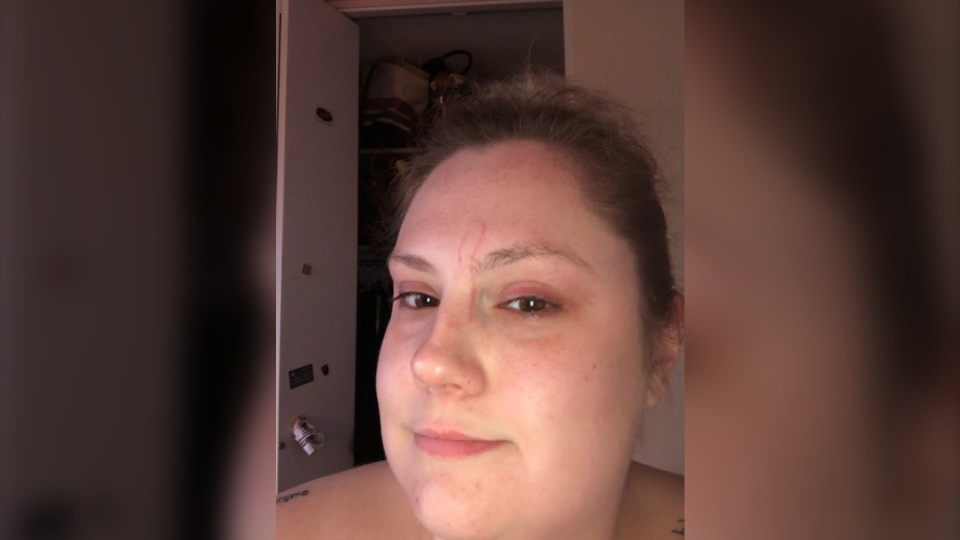 Shaw is undergoing laser treatment to lessen the effects of the scar and says she is now suffering PTSD from the incident that was caught on surveillance footage.

She says she now refuses to tell customers at the pub to wear a mask.

“I don’t. I’m so scared to say anything to anyone now. I get my manager to stay with me because I am too scared to tell anyone to put a mask on.”

While her physical injuries heal, Shaw says her mental anguish remains, especially after hearing charges will not be laid.

“It makes it worse. It gives me more anxiety. I really did think the police were on my side and were going to help me out” said Shaw.