Set on new foundation, Westmount farmhouse ready for another 98 years 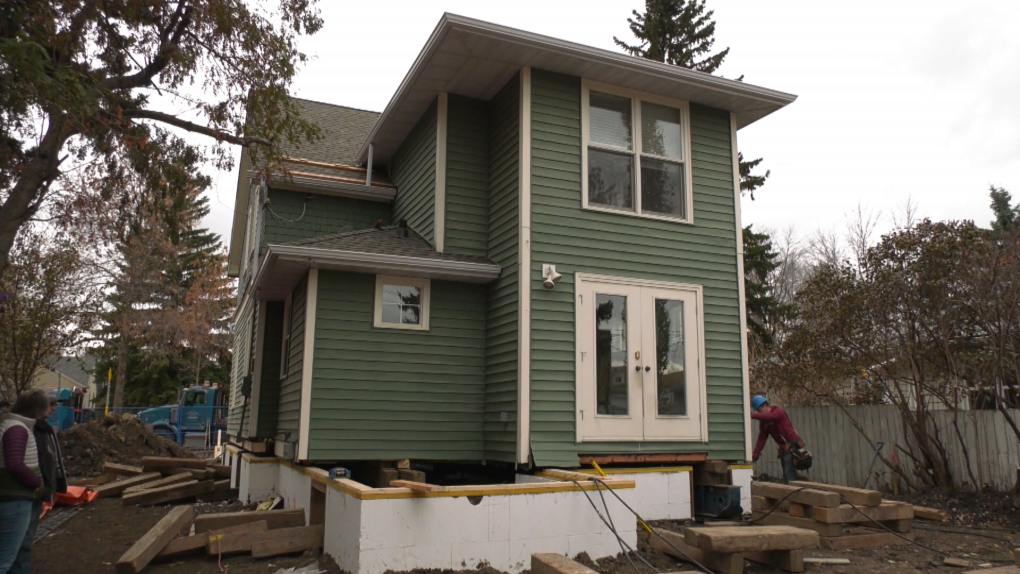 A farmhouse in Westmount was lifted so its foundation could be replaced in late September, and set back down Oct. 28, 2020. The owners expect to move in February 2021.

EDMONTON -- A 98-year-old Westmount farmhouse that has been home to several families over a century is close to hosting its next.

The home, built in 1922 for $3,000 by William Hartley, was lowered onto its new foundation on Tuesday.

It had been removed in September so the work could be done.

She and her husband bought the house five years ago knowing the building would need significant upgrades.

They were not only up to the task of making the home homey once again, but preserving a piece of Westmount’s history.

“Families have come and gone. They’ve grown up there. Someone said homes that are a hundred years old house some in the last pandemic – as wild as that might be,” Amrhein commented.

“That piece of history being lost in the city or on folks is sad to see.”

As more work is yet to be done, Amrhein and her family don’t expect to be living in the refurbished house until February.