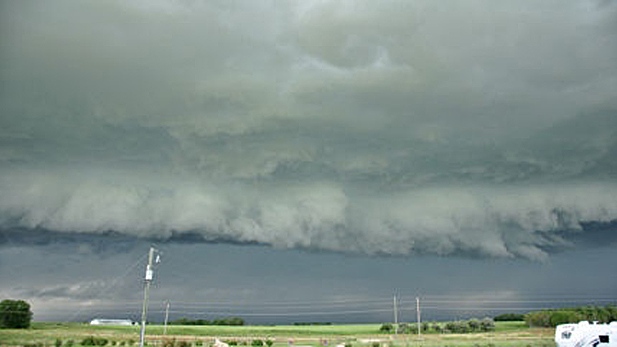 After a hot week, inclement weather conditions throughout much of Alberta prompted a number of severe thunderstorm watches and a warning.

A warning is issued when imminent or occurring thunderstorms are likely to produce or are producing any one or more of the following: large hail, damaging winds, torrential rainfall.

Friday afternoon, several communities had their severe thunderstorm watches upgraded to warnings, including:

As of 5 p.m., severe thunderstorm watches were issued for the following regions:

The Environment Canada notice stated conditions in the highlighted areas are favourable for dangerous thunderstorms. There’s a chance the storms could produce strong wind gusts, large hail and torrential rain.

The slow moving storms were expected to continue over parts of northern, central and southern Alberta throughout the day Friday, and into the evening.

Officials said the main threat from the storm activity is accumulations of 50 mm of rain in an hour or less.

Heat warnings issued earlier in the week remained in place for parts of northern Alberta Friday.