'She was loved': Community gathers to remember Sierra Chalifoux-Thompson

EDMONTON -- Family and friends of Sierra Chalifoux-Thompson want you to know her name, and they’re making efforts to make sure she’s remembered.

About 200 people walked to the scene from a nearby hotel Thursday night. They lit candles, shed tears, and performed Indigenous ceremonies including drumming. 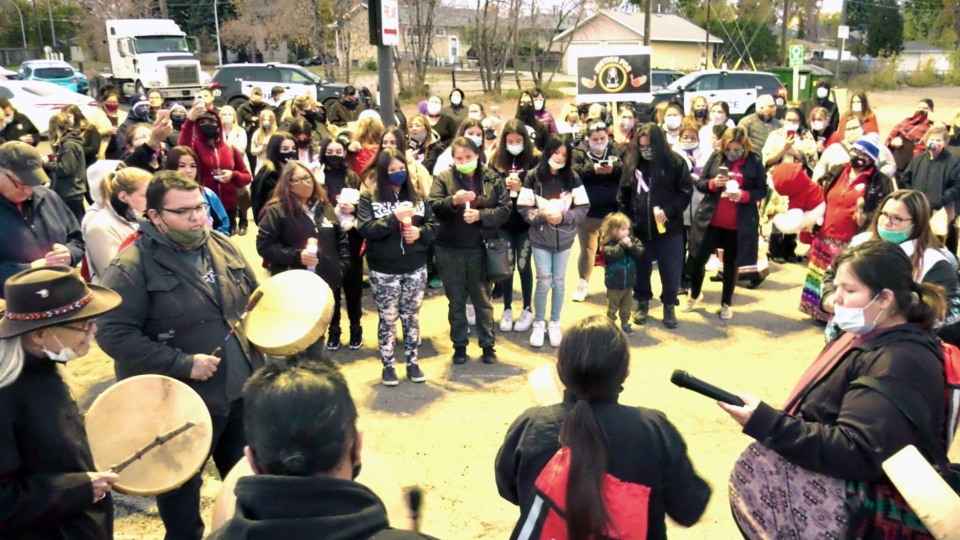 “You feel it in your heart. To just know that we’re supported in that way,” Catherine Chalifoux, Sierra’s grandmother said. “I’m sure she’s looking down on us, smiling. Sierra should with us. She should be here.”

Sierra was Cree, with family roots in the Slave Lake area of Northern Alberta.

Some of the people that gathered knew Sierra, but many others did not, instead coming to show their support for fellow members of Alberta’s Indigenous community.

“Just knowing that other people care about her, she’d be so happy. Very happy,” Angela Chalifoux, Sierra’s mother, said. “She was always loved, and she always will be remembered.”

Police have charged a girl under the age of 18 for the death of Chalifoux-Thompson.

The accused, whose age has not been released, is charged with second-degree murder. Under the Youth Criminal Justice Act, her identity cannot be released.

Angela Chalifoux said the accused was a friend of her daughter, and they knew each other from school.

At the gathering Thursday, Sierra’s grandmother Catherine said her family was being open about what happened, because they want to discourage violence and promote love.

“This is going to give other families an opportunity, and I’m hoping it’ll open their eyes. Tell your children everyday, ‘Hey, I love you.’ Hug and kiss them often,” Chalifoux said.

In 2016, the Government of Canada funded an independent national inquiry into Missing and Murdered Indigenous Women and Girls, because statistics show they are more likely to be murdered than other Canadians.

“Although Indigenous women make up four per cent of Canada’s female population, 16 per cent of all women murdered in Canada between 1980 and 2012 were Indigenous,” the governments website reads.

In 2019, the inquiry released a final report and recommendations which can be found online.