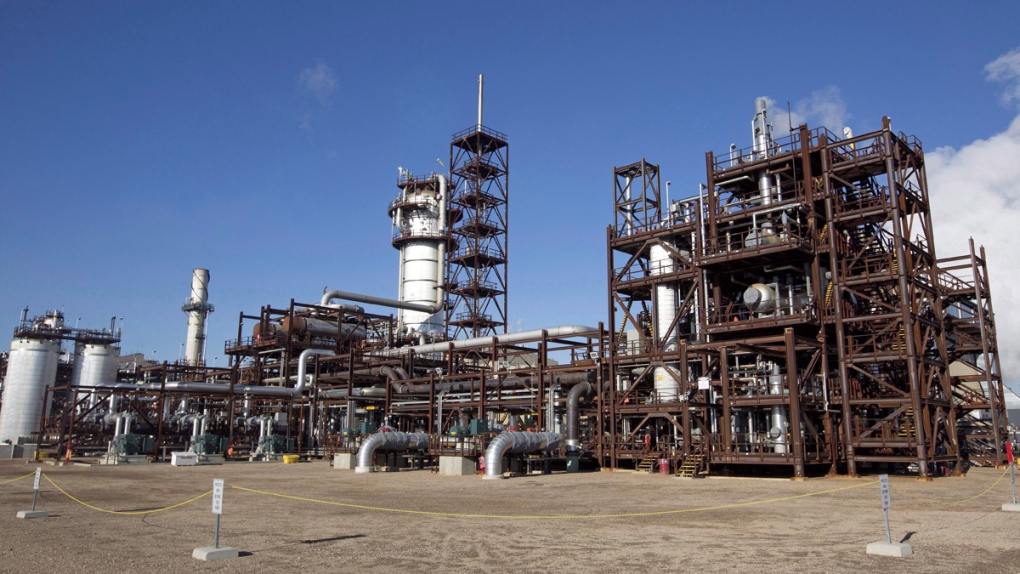 Shell Canada Ltd. has announced plans to build a large-scale carbon capture and storage project at its Scotford Complex near Edmonton, part of its strategy to become a net-zero emissions company by 2050.

The proposed Polaris CCS project will capture carbon dioxide from the Shell-owned Scotford refinery and chemicals plant, the company said Tuesday, adding it expects Polaris to have storage capacity of about 300 million tonnes of C02 over the life of the project.

“It's a significant reduction of emissions,” said Shell's senior vice-president of products and chemicals Mark Pattenden in an interview, adding the project's initial phase alone could see Shell capture and store 750,000 tonnes of C02 per year.

Pattenden declined to disclose a price tag for the project, and said Shell won't make a final investment decision until 2023. But he said Canada's soon-to-be-implemented Clean Fuel Standard - as well as the federal carbon tax which is set to increase to $170 per tonne by 2030 - means that Polaris makes financial sense and won't require government funding.

“We're confident we have a robust project,” Pattenden said.

Shell already has experience with carbon capture and storage, a technology that captures carbon dioxide and stores it underground instead of allowing it to be released into the atmosphere. The company's Quest facility - which it operates on behalf of the Athabasca Oil Sands Project joint venture at the Scotford Complex - has safely stored more than six million tonnes of C02 in its six years of operation and has proven to be 30 per cent cheaper to operate than anticipated, Shell said.

Shell is also involved in other major carbon capture projects around the globe, including the Northern Lights CCS project in Norway and the Porthos CCS project in the Netherlands.

According to a recent report by energy consultancy Wood Mackenzie, Canada is a world leader in carbon capture and storage, with 14 per cent of the current global operating capacity. Other major carbon capture projects in Canada include the Boundary Dam coal power plant in Saskatchewan and the Sturgeon Refinery CCS project in Alberta.

But Chris Severson-Baker, spokesman for clean energy think-tank The Pembina Institute, said significantly more capacity is required if Canada is to have a shot at meeting its 2050 climate change commitments.

“We don't know exactly how much carbon capture we will need in Canada, but we will need a certain amount of it and certainly a heck of a lot more than we've already developed,” he said.

Shell's announcement Tuesday is significant in that it reduces emissions from an existing facility rather than a new project, Severson-Baker said.

“Often when there's announcements . . . of new technology that will result in better environmental performance. it's usually on a new project, so it's actually adding emissions overall even though it might be lower on a per-unit basis,” he said. “In order for us to achieve the kind of targets Canada has set, we need to achieve really significant reductions in existing emissions from oil and gas operations.”

Shell also said Tuesday it wants to transform the Scotford Complex into one of five energy and chemicals parks owned by the company around the world. In the first phase of the Polaris project, Pattenden said, carbon dioxide captured from the Scotford refinery's hydrogen plants would produce blue hydrogen for use in the refining process, with the potential for large-scale blue hydrogen production later on.

Shell is also exploring opportunities around biofuels, Pattenden said, adding within this decade, the company will use carbon capture and storage and renewable power to process new feedstocks such as bio-oils or waste oils to reduce the C02 emitted in the production of fuel.

“These would be potentially blended into existing fuel streams that we sell to customers or in the future they could be produced as stand-alone fuels . . . they could immediately be put into vehicles,” he said.

This report by The Canadian Press was first published July 13, 2021.

Videos of protests in Iran leak despite internet bans

Videos of revolts and unrest started to flood the internet when Iranian protestors flocked to the streets in response to the death in custody of Mahsa Amini, a 22-year-old woman allegedly detained for wearing her hijab improperly.