EDMONTON -- Sherwood Park’s Chuba Hubbard was not among the four finalists named for U.S. college football’s Heisman Trophy on Monday.

The Oklahoma State running back had been hailed as a possible Heisman contender after finishing  the regular season as the NCAA’s top rusher, racking up 1,936 yards and 21 touchdowns on the ground.

"Thank you to everyone who supported me and voted for me in the Heisman," he said in a Twitter video posted shortly after the finalists were announced.

"I'm forever proud to be a Cowboy and I'm going to keep working hard for you all."

Hubbard finished 27 yards ahead of next leading rusher Jonathan Taylor despite the Wisconsin running back playing 13 games compared to Hubbard’s 12.

LSU's Burrow is heavily favoured by bookmakers and analysts to win the award.

The award is voted on by sports journalists with the winner being announced on Saturday at a ceremony in New York City.

Despite not being named among the finalists, Hubbard may still become the first Canadian in 24 years, and fourth in the Heisman's 85-year history, to receive a vote for the award given to the sport's most outstanding player.

Michigan running back Tim Biakabutuka was the last Canadian to receive Heisman votes, finishing eighth in 1995.

"He's a heck of a player," Biakabutuka said of Hubbard.

There are at least three finalists for the award each year, though that number can increase depending on the vote spread of the other top vote getters.

The full voting results will be released after the winner is named on Saturday.

Thank you everyone that voted and supported me for the heisman! It’s all love! #RMN pic.twitter.com/EPwwB7vdnx

After emerging as a promising runner in his first season near the end of last year, Hubbard burst onto the national spotlight this year.

He earned the nickname "Canada's Cowboy" as well as social media endorsements from Wayne Gretzky, the Edmonton Oilers and Howie Mandel. 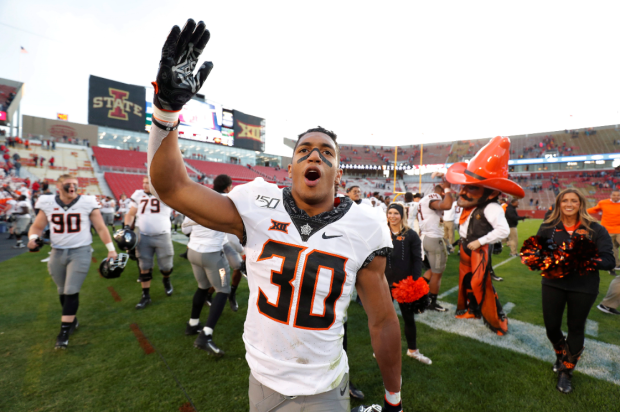