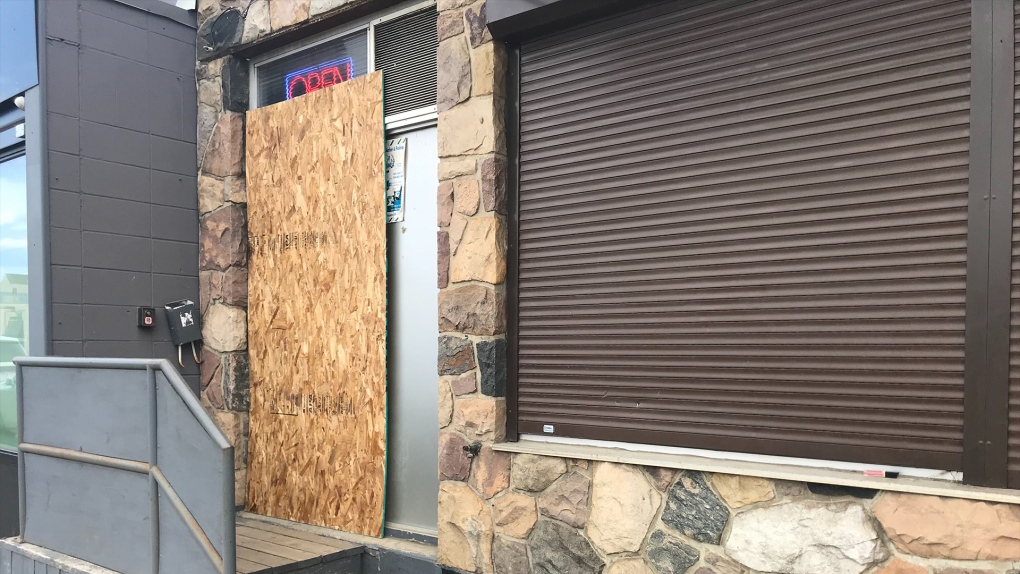 One person was taken to hospital after a shooting at a lounge in Edmonton in the early morning hours of July 5, 2020. (Brandon Lynch/CTV News Edmonton)

EDMONTON -- A man was taken to hospital with a gunshot wound after a shooting at a downtown Edmonton lounge early Sunday morning.

Police intercepted a speeding vehicle that hit a curb and stopped in the area of 102 Street and 104 Avenue at approximately 3:15 a.m.

The driver, a 26-year-old man, appeared to have a gunshot wound, police said.

The Edmonton Police Service learned there had just been a shooting at a lounge near 105 Avenue and 109 Street.

The man was uncooperative with the officer, police said. He was treated and taken to hospital.