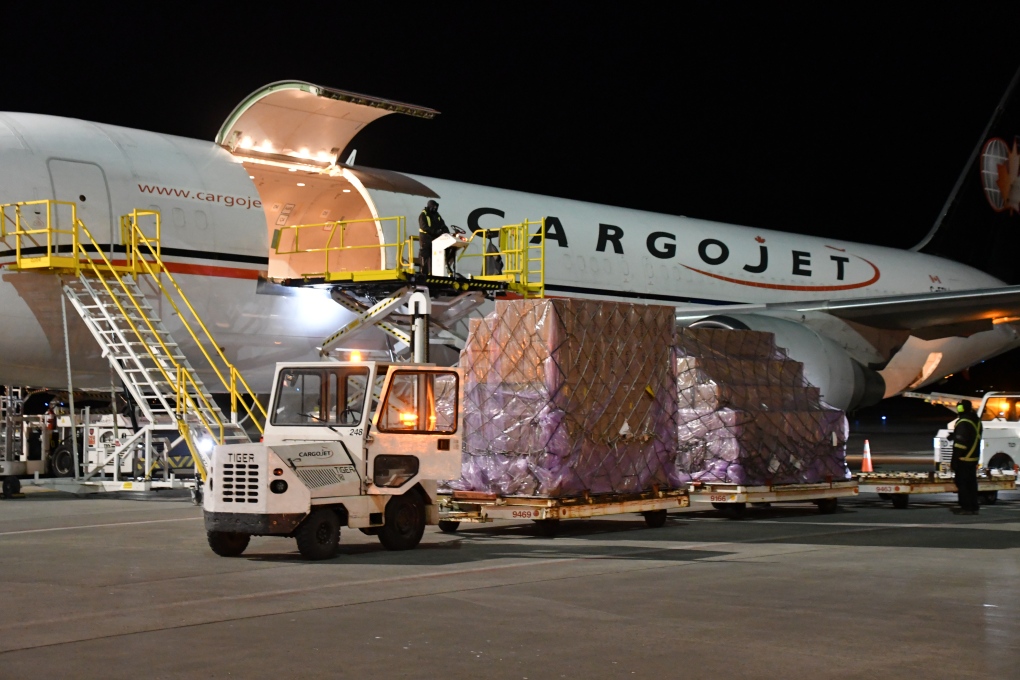 The Edmonton International Airport is getting a major upgrade to its cargo operations area, thanks in part to a $18-million grant from the federal government.

The airport said the feds are pitching in half of the estimated $36-million expansion and it will cover the rest.

As well, the airport's cold storage area will nearly triple in size to nearly 2,000 square metres.

"Our cargo operations have grown immensely in the past five years, especially during this pandemic, and we urgently need to expand to position the Edmonton Metropolitan Region as a major cargo hub," said EIA VP of air service and business development Myron Keehn in a news release.

The airport said construction on the project will support roughly 360 jobs and more jobs will be created through ongoing operations.

Last year, officials said the airport handled about 46,000 metric tonnes of cargo, a 7.5 per cent increase from 2019.

"The Edmonton Metropolitan Region and EIA is Canada's closest major airport to Asia by circumpolar routes," said Edmonton Global CEO Malcom Bruce in a news release. "The region has the potential to become a major entry point for all North America."

Officials added EIA is the only airport in Canada with a globally recognized certificate that meets the highest standards for handling temperature-sensitive cargo such as agriculture, food products, pharmaceutical and medical cargo.

Construction on the expansion is expected to start late this year and wrap up in 2023.