“You see it on TV and you don't know what it means until it happens, and it's really nice that the guys took the time to say thank you to us,” said Sturgeon Hospital Unit Manager Danuta Kolodziej.

"It was an opportunity for us to say thank you to them, too." 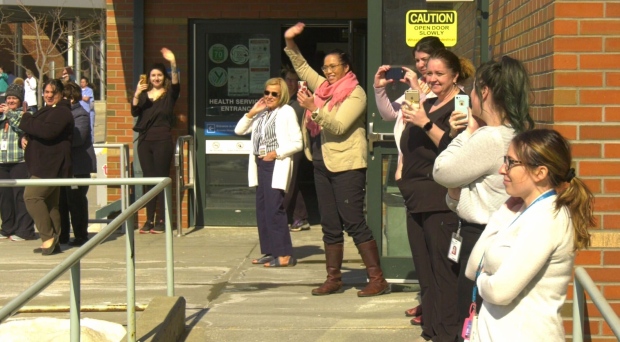 The "siren salute" lasted mere minutes but it was enough to leave an impression on the workers, who hurried back into the building to return to work as the COVID-19 pandemic continues.

“The support was quite heartfelt,” Kolodziej said.

A small group of onlookers were also scattered along the route, some holding signs of support.