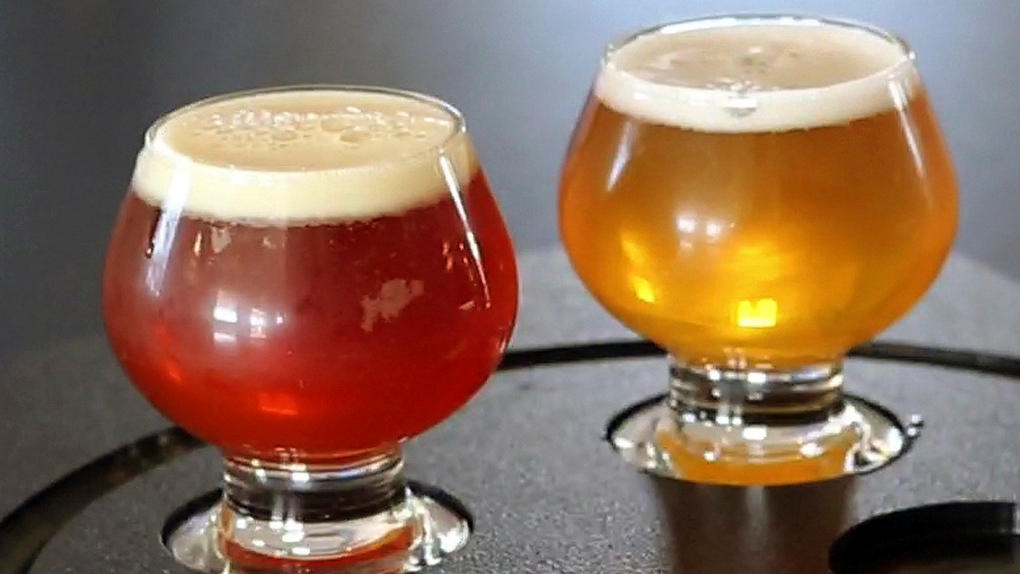 EDMONTON -- Want a craft beer or locally distilled gin sent straight to your doorstep? There's an app for that.

Delivery service SkipTheDishes has announced that for the first time, it will offer delivery from a variety of breweries, liquor stores and distilleries in Alberta.

The service has been offered in B.C. and Manitoba since 2017, but this marks the first time the Canadian company will offer alcohol delivery in this province — specifically in Fort McMurray, Calgary and Edmonton.

"We’re always working to make sure everyone on the Skip network has a safe, enjoyable experience," the company said in a statement. "All independently-contracted couriers that deliver alcohol in Alberta hold a ProServe certificate and have undergone an alcohol delivery onboarding process."

"Anything that can get our beer out the door a little more than what we're currently doing," said Oswald. Right now, the brewery only sells to walk-in customer and does not stock its products in any liquor stores. Omen is only selling bottles of beer through the service, but it may eventually include growlers.

On Tuesday, the first day delivery was offered, Oswald said he had already received one Skip order five minutes after opening.

"This is new for them too so they don't really know what to expect, this is the first day," he said.

Couriers will have to comply with provincial regulations, meaning they will have to check identification of the person ordering the liquor to make sure they're 18 or over, and ensure it's the same person who placed the order.

If the customer cannot provide proper identification or appears to be underage or obviously intoxicated, the order will be refunded and returned to the seller, Oswald said.

He anticipated more breweries and distilleries will sign up as it's easy for them to simply bag up alcohol and send it on its way, as opposed to restaurants that must cook to order.

"We'll give it a try and see how it goes. I'm excited, I hope it goes well. I have no reason to believe it wouldn't."

Strathcona Spirits, Olympia Liquor and Yellowhead Brewery were also available to order alcohol from on the SkipTheDishes app.

Other liquor delivery services like Dial A Bottle have been in operation in Edmonton for years, but this marks the first time a service will deliver straight from the producer.

Oswald said he will eventually offer liquor delivery from his brewery on similar apps like Foodora.