Slow and steady warming trend: This is your Edmonton forecast 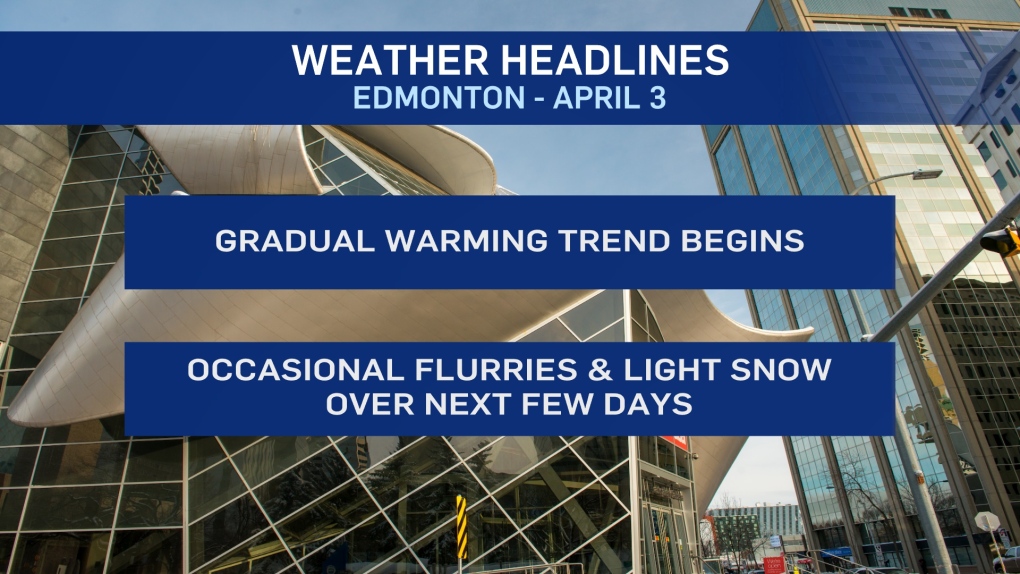 EDMONTON -- The coldest days look to be behind us.  Slowly, temperatures will climb in the coming days.

Highs near -5 this weekend.  Close to zero Monday.  And then...Tue/Wed/Thu should all have daytime highs above zero.

Beyond that, it may cool off a bit for Easter weekend.  But it won't be as cold as the past few days.

There are some flurries in the forecast for the Edmonton area and elsewhere in central Alberta.

A couple spots will get 2-4 cm accumulation.  Most regions (including Edmonton) will get between a dusting and 2 cm.

Sunday has the potential to drop 2-4 cm on the Edmonton region and as that tapers off, we may get some lingering flurries Monday.

So... no repeat of the early-week dump of heavy snow.

But, some off and on flurries/light snow over the next few days mixed with occasional breaks of sun.