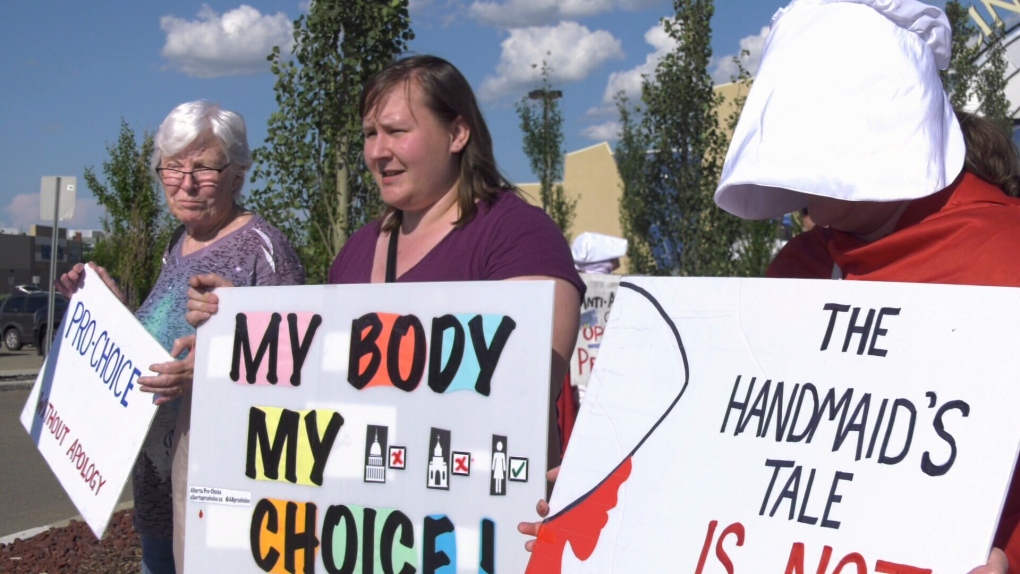 A small group of protesters rallied outside an Edmonton's screening of Unplanned.

A group of about a dozen protesters rallied outside Cineplex South Edmonton Common on Friday night to show their opposition to the cinema's screening of the anti-abortion film Unplanned.

“Now that it’s in mainstream theatres, we’re concerned that people will be misinformed about abortions,” said Kathy Dawson, a protester with the Alberta Pro-Choice Coalition.

The film is being distributed in Canada by Fredericton-based Cinedicom, which is run by BJ McKelvie, who is also a pastor.

The Abortion Rights Coalition of Canada has called the film "a dangerous piece of anti-abortion propaganda" that "could incite fanatics to commit acts of harassment or violence against clinics or doctors."

Edmonton is one of 14 Cineplex theatres across Canada that will be screening the anti-abortion film “Unplanned”.

Cineplex is defending the decision to screen the film, noting it was "a complicated one and it was not made easily or lightly."