The Alberta Gaming, Liquor and Cannabis has reversed its original decision to prohibit a cannabis retailer from using a type of smoke machine for security.

“I’m actually very happy that they did actually change their minds on it because it is a fantastic system and it does what it’s meant to do,” said Trevor Miller, owner of Alternative Greens.

Miller spent nearly $20,000 to install the ‘Smoke Cloak,’ a device that will fill the store with smoke in the event of a robbery or break-in. 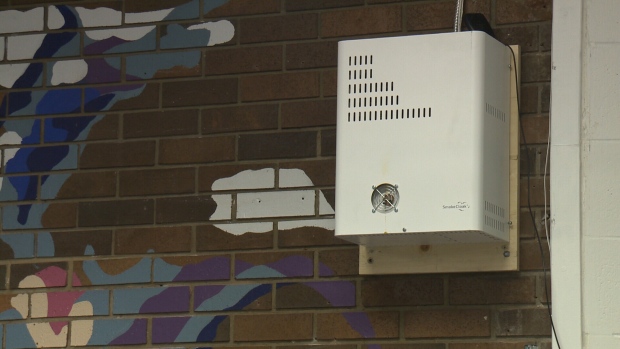 But during an inspection by the AGLC in December, he was told the machine is against the rules and to disable it.

At the time, the AGLC provided CTV News with a statement: “Any form of smoke fogging security system is in violation of Section 3.3.3 of the retail cannabis store handbook that outlines the requirement that camera systems provide a clear image 24/7.”

Miller says he wrote a letter to the AGLC asking them to reconsider.

“It’s still a new industry. Everything is in the infantile stage yet and we just have to work with everyone involved and get passed these hurdles,” he said.

“It will protect everything now and it’s not just me now — it is opening up the door for everyone that wants this type of system now.”

However, the AGLC says this decision doesn’t automatically give other cannabis retailers the green light for smoke security devices.  It will review approval on a case-by-case basis.