Snow ends today & returns tomorrow: This is your Edmonton forecast 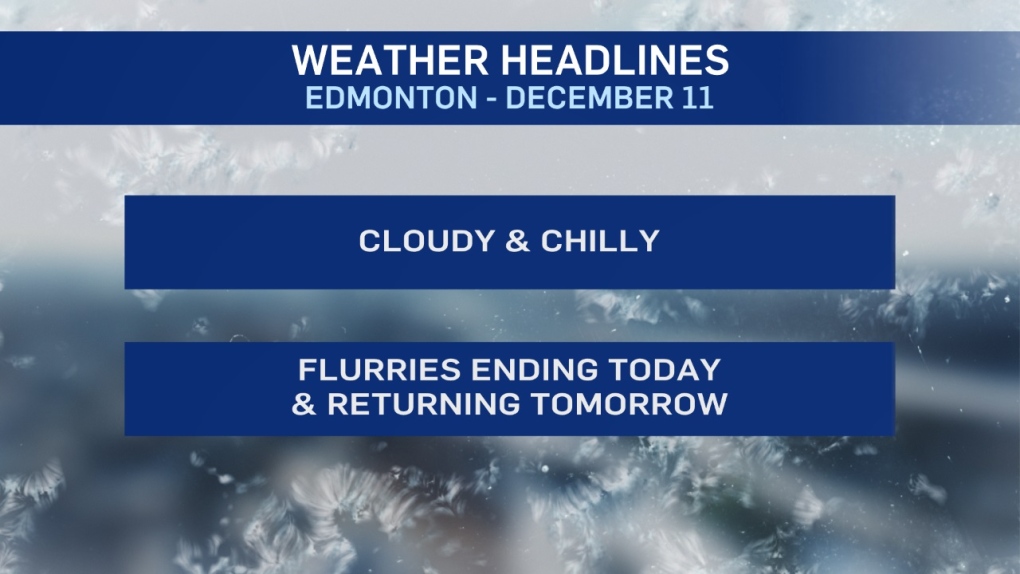 EDMONTON -- Light snow continues to fall in the Edmonton area this morning.

Higher accumulations to the north of the city while areas to the south and southwest saw (for the most part) little accumulation.

Those flurries will taper off by midday.  But, we'll stay mostly cloudy all day.

Another band of light snow develops on Thursday.  Again, most of the snow will probably fall on areas north of Edmonton.

But, at least SOME flurries are likely in the city.

2-5 cm is possible for areas from Grande Prairie east to Athabasca/Smoky Lake.

Not much change to the temperature pattern over the next few days.

Western Alberta will continue to be MUCH milder than the east.

Temperatures were about 20 degrees colder in Fort McMurray than in Grande Prairie Tuesday.

Jasper was 15 degrees warmer than Lloydminster.

We'll see a similar spread for the next few days with Edmonton caught in the middle and sitting near -10 for afternoon highs.

At this point...there's no STRONG signal of when the pattern breaks down.