'So they have something to snuggle': Young girl makes dolls to keep kids company during MRI, CT scans

EDMONTON -- After having surgery at the end of January, a seven-year-old girl is giving back to the Stollery Children's Hospital.

"I was lonely in the hospital," said Cecily Eklund.

She had a tumour removed from her brain and requires MRI scans every three months to make sure it's gone.

"Her MRI lasted for about a half and hour which is a really long time and she really wanted to take one of her dolls in with her," said her mother, Cathy Eklund.

"But the dolls that she loves so much have magnetic pacifiers so they wouldn't have been allowed to go in."

Cecily asked her mom, who is a doll maker, for help making a doll that she could take into her next test. 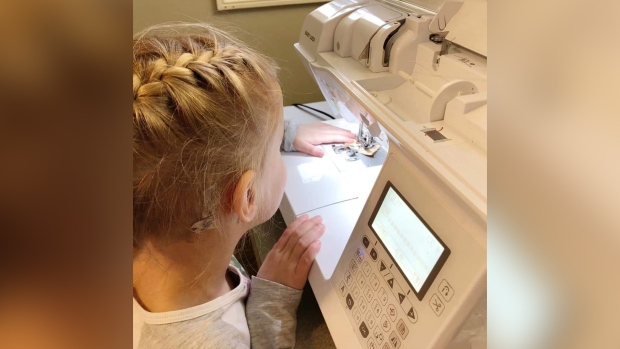 After making a doll for herself, she realized there might be other kids like her that needed one too.

"The other kids with brain tumours and brain cancer," said Cecily.

That’s how ‘Cecily’s Blessing Babies’ started with Cecily setting a goal to sew 100 dolls to donate to the Stollery.

"So they have someone to snuggle," she said. 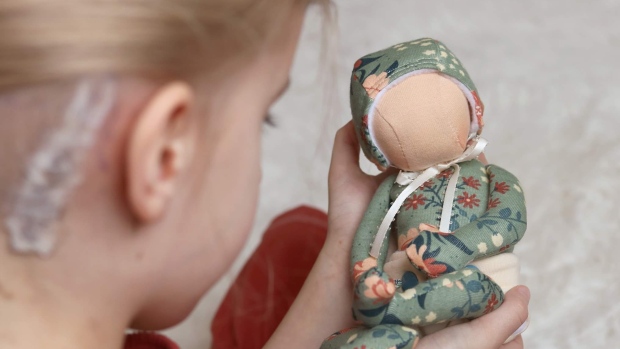 "She really wanted to give back to the kids and she wanted the kids to have something she really wished she could have had," added Cathy.

"We drafted a pattern and a full tutorial on how to make these that people can just download from home," said Cathy.

Then she asked her mom to help create another sewing group with step-by-step video tutorials.

"She decided it would be a lot of fun with the virus happening for moms to sit down with their kids and learn how to sew a project like this," Cathy said. 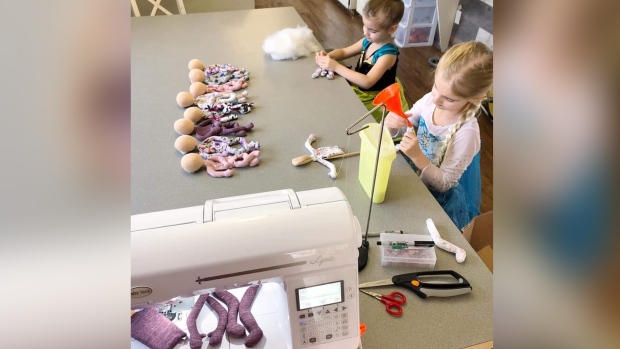 They’ve had material donations and offers to make dolls from all over the world. Some of her helpers have decided to give the dolls they make to hospitals where they live.

"They are going to include a little card and donate them to their children’s hospitals on Cecily’s behalf," said Cathy.

A few dolls have already been delivered to the Stollery.

"They love them," Cecily said with a big smile. 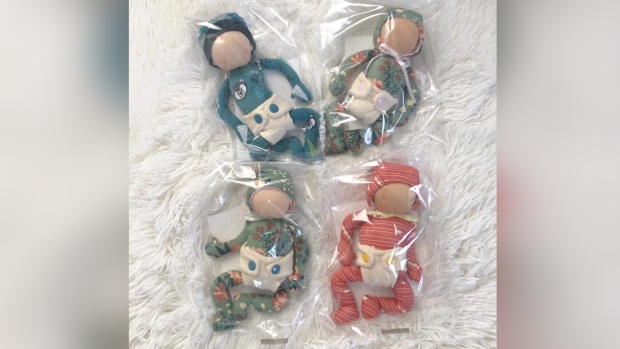 She’s hoping to make as many as possible before her next appointment at the Stollery the end of the month.

"And then she’s just going to keep making, I’m fearful, probably gigantic goals where she wants to sew, I don’t know what she said her next goal is, maybe 500," said Cathy.

They may have to hold off on donating the finished dolls until the pandemic is over and restrictions at hospitals are lifted.