Solar panels going in on dozens of ETS bus shelters 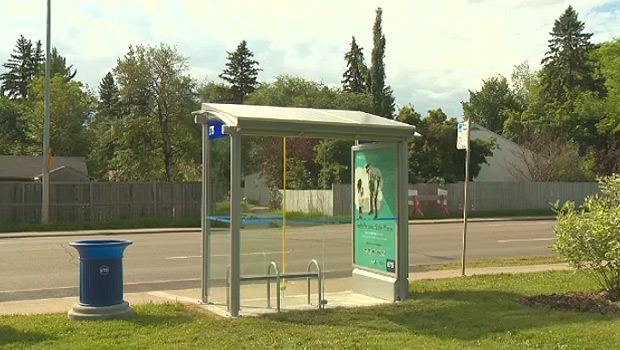 The City is installing 40 bus shelters, which include solar panels to power the lights on advertisements, this year.

Officials with the City of Edmonton said Thursday that 40 bus shelters would soon start harnessing the sun’s rays to light up advertisements.

The first solar-powered bus shelter went in in June, and the city plans to install 40 this year.

The new shelters include high-efficiency LED bulbs that turn on at night when natural light levels drop, plus, a charge controller to keep the batteries from freezing in cold weather.

The technology means the bus shelters can be run at about half the cost of a traditional bus shelter.

“It was kind of costly to install power connections to them, so that’s why we decided to look for a more cost-effective way to power our advertising shelters,” Trevor Dennehy, with the City of Edmonton, said.

The City said ETS started exploring solar technology six years ago, but issues stemming from Edmonton’s climate challenged the use of solar batteries – since then, technology has improved.