EDMONTON -- RCMP officers are looking into a sexual harassment claim at an Indigenous addiction treatment centre just north of Edmonton — and others are coming forward on social media with more allegations of inappropriate conduct there.

A lawyer for Poundmaker’s Lodge Treatment Centres has threatened a defamation lawsuit against a woman who made an allegation public on Facebook.

Patty Piche said her sister first told her that she was being harassed by a staff member at the lodge on Nov. 20.

“My sister messaged me and she told me that the Elder that they had there was harassing her and told her about different desires from his wife and that he wanted to get naked for her and asked if she wanted it,” Piche told CTV News Edmonton in an interview on Thursday. 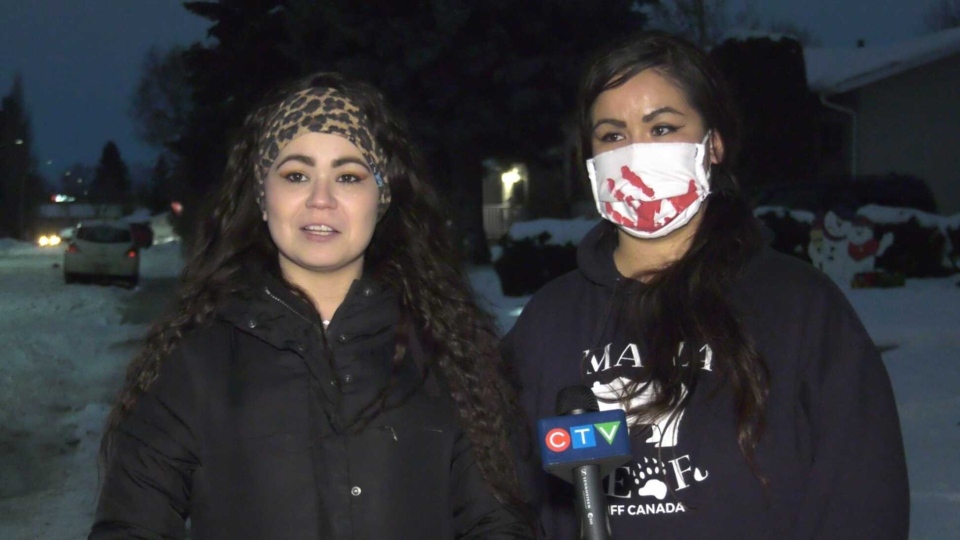 She also claimed five other women currently living at the treatment centre have come forward with similar stories of misconduct.

On Wednesday, Piche received a cease-and-desist letter from a lawyer representing Poundmaker’s.

“I can advise that (the accused man) is no longer employed at Poundmaker’s and that if the RCMP commence an investigation, Poundmaker’s will assist in any way that they can,” lawyer Sid J Kobewka wrote.

CTV News Edmonton has decided not to name the former employee because the investigation is ongoing and charges have not been laid.

“Any allegation that Poundmaker’s, its executive director or Board of Directors have failed in their duty to protect their clientele and ensure their healthy recovery is simply false,” the letter sent to Piche read.

Poundmaker’s executive director and lawyer were both contacted several times for comment in connection with this story and did not return phone calls. They ultimately sent CTV News Edmonton a press release, indicating in part that “Poundmaker’s…has in place policies and procedures designed to provide a safe and healthy environment for their client’s and staff and remains in compliance with all Provincial Legislation.

We take all concerns seriously and ensure prompt appropriate action is taken; we take pride in supporting those we serve.”

RCMP in Morinville confirmed Thursday that an investigation into “criminal harassment” at Poundmaker’s is underway.

“Yes, we do have a report and yes we do have an investigation taking place out there,” Sgt. Lew Simms said. “The head of the Poundmaker is also looking at it, internally.”

Simms said he had no further information on the case and could not say if the investigation involved more than one complainant. He also didn’t know if more than one staff member was being investigated.

Piche was relieved to hear that the RCMP are now involved and said she will not delete her post, despite the legal threat.

“What I said is true. I didn’t make anything up,” Piche said.

Outside of the legal letter, no one from Poundmaker’s has reached out to her to address the concerns, Piche said.

“It made me really mad. They knew that there was something going on and something’s definitely not right there,” she concluded.

OTHERS COME FORWARD WITH EXPERIENCES

Since posting her sister’s allegation, Piche said she’s spoken to or messaged with at least 10 people who are also alleging some form of abuse or inappropriate conduct at Poundmaker’s.

Some of those people have made their comments public on Piche’s post.

“It’s really sad. I was crying all night reading other people’s stories. I don’t know any of these people that are telling their stories, so it’s not made up.” Piche said.

One of the people that contacted Piche agreed to speak with CTV News Edmonton — provided his full name not be used.

“It was pretty odd from my perspective; (they were) talking about things that Elders normally don’t talk about,” a man who wanted to be referred to as Mr. Boysis said in a phone interview.

Boysis said he never saw any physical or sexual abuse when he was at Poundmaker’s for six weeks in 2018, but said he heard many comments that he described as “messed up.”

“It was always about oral sex. It was hard to understand the point. Sometimes it was (saying oral sex was) good, sometimes it was bad. It was very confusing and I don’t know what it had to do with my recovery,” he said.

Boysis was saddened to see other allegations, and thought it was important for him to speak out.

He did not make a complaint at the time, because Boysis said he was focused on his recovery.

Kathryn Chodzicki, Piche’s eldest sister, said she’s studying to become a social worker and was hurt to read through the comments on Piche’s post that had been shared more than 600 times.

“It’s really disheartening because Poundmaker’s is a treatment lodge where you’re supposed to go find your spirit and practice ceremony and the staff there are taking advantage of vulnerable women,” Chodzicki alleged.

Meanwhile, Piche and Chodzicki’s sister is still in treatment at Poundmaker’s.

Piche said she hopes her sibling can finish the remaining days of her program there, so she doesn’t have to leave and start again.

She’s hoping that going public will mean her sister can get the help she needs without further problems.

None of the allegations have been tested or proven and no charges have been laid.

If you have information about this story and would like to come forward, tips in confidence can be sent to sean.amato@bellmedia.ca.