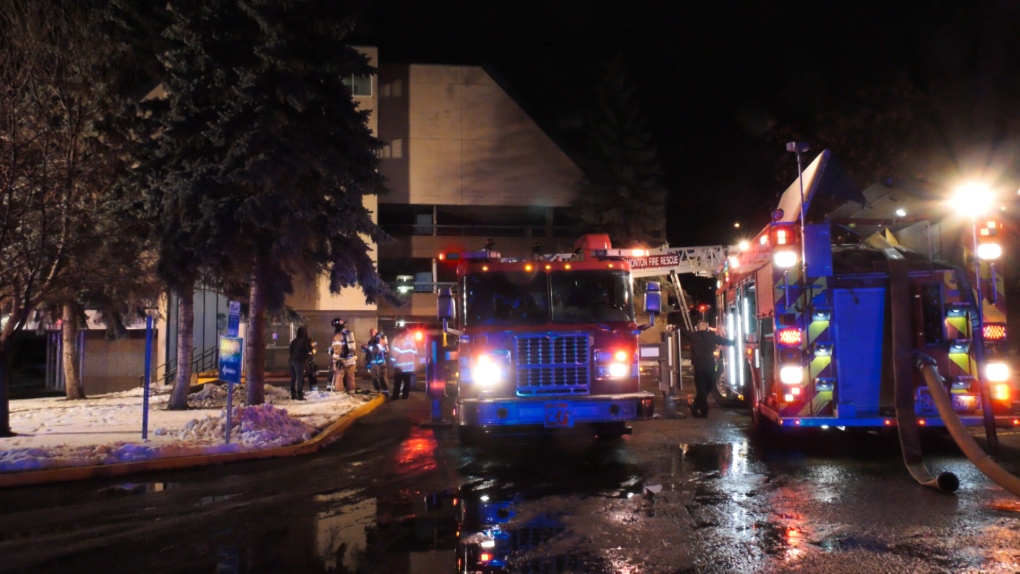 Firefighters were called to 2421 104 Street after a fire was reported in the complex's parkade and caused heavy black smoke in the area.

EDMONTON -- A south Edmonton residential parkade was the scene of a fire late Friday evening.

According to District Chief Todd Weiss, the first crew arrived at the complex at 2421 104 Street around 10:33 p.m. to find "heavy black smoke coming from the third floor of the parkade."

"They were only approximately two blocks away, so they got there extremely fast," Weiss recalled.

Eventually, about 50 firefighters were called to the location.

According to Weiss, the smoke posed a challenge at first.

"There was an extension of black smoke and it's an extremely big parkade, so it did take a while to find the scene of the fire."

There were no injuries reported.

"When I got to about the third floor, there was smoke," he recalled.

"It's kind of scary. When I hit the smoke, I thought, 'Oh, this is for real.' But I'm glad they got it under control fast."

Bella Hanske, who lives near the complex, said she was leaving Walmart in South Common when she saw the smoke.

"I said to my brother, 'Oh my gosh, that's in my neighbourhood.' We drove to the overpass, and just could see almost nothing because it was completely black."

According to Weiss, the fire was contained to the parkade although smoke did enter several parts of the complex, resulting in a temporary evacuation.

Hanske said it was sad to see the residents displaced, but that she was happy no one was hurt.

"It looked very scary. I have never seen a fire to that magnitude. It was literally the entire floor (engulfed) in flames."

Investigators were at the scene Friday night.