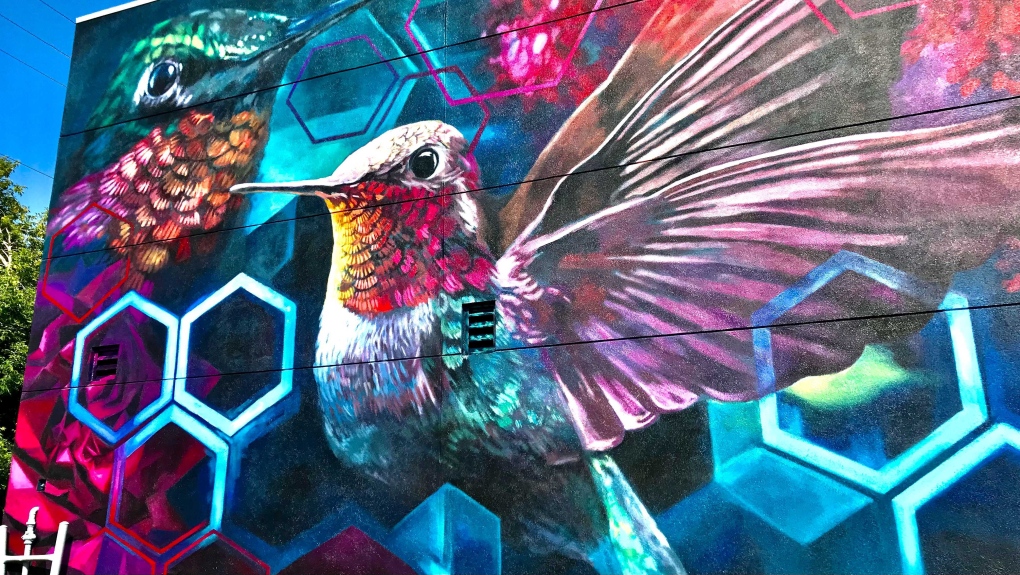 The Cumbria Centre in Spruce Grove unveiled a new eye-catching mural on Tuesday.

The pair have created murals across the globe including in Honduras, France, and Northern Uganda.

Spruce Grove's bright and colourful mural called “A Charm,” is a representation of Mother Nature’s beauty.

“By integrating graphic natural elements such as honeycomb and wild rose, the mural will bridge contemporary urban aesthetics with monumental classical realism,” the city said in a statement.

Mayor Stuart Houston said the mural has added culture to the community. With the help of the Allied Arts Council of Spruce Grove, the mural has transformed a blank white wall into a vivid work of art.

“We are super excited about the fact of adding this kind of colour, supporting the arts community, and adding to what Spruce Grove is all about as a welcoming and attractive community,” said Houston.

“We are excited for what this does for unification and for supporting the arts community,” he added.