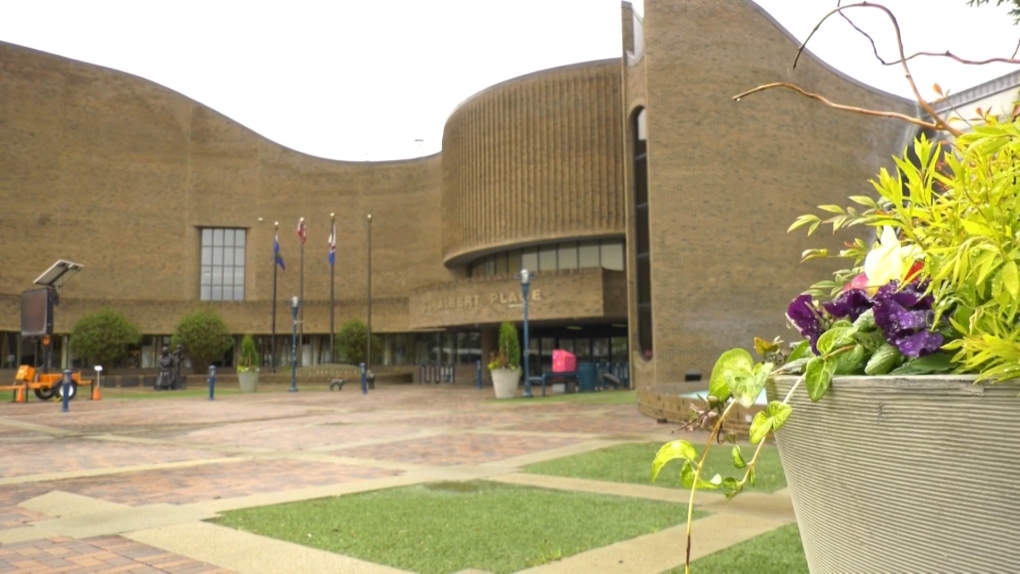 ST. ALBERT -- The city hasn't been saving up enough money to repair, maintain and replace existing infrastructure, and will now have set aside extra money every year to ensure there are funds to replace bridges and fill potholes when the time comes.

On June 8 St. Albert city council heard the city either needs to offer fewer services, increase property taxes, find alternative sources of revenue, or slow the pace of growth to manage the rift between the money the city has and the money the city needs.

Stephen Graham, senior business analyst at the city, told councillors there isn't enough money set aside to repair, maintain, or replace (RMR) existing infrastructure such as roads and recreation centres, and the city is facing a steep shortfall that will require years of tax increases.

The problem has been brewing in St. Albert and other communities around the world for years, with funding grants from the province to municipalities getting cut as the provincial economic picture spirals downward.

“We're going to be seeing less money in terms of grants from the government, so this is going to hit us on two fronts, because we've been using this money to finance our RMR capital, but it also obviously affects growth capital as well,” Graham said.

“The most important thing to understand here is there is no simple solution to this. Municipalities have limited sources of revenue.”

As a result, in the short term, the city either needs to raise property taxes to make up the shortfall, or offer fewer services.

Coun. Ken MacKay said everybody on council realizes the significance of the funding shortfall.

“I would probably put this as one of the significant issues facing not only the remainder of our term, but future (councils),” MacKay said.

To act, the current council would need to make a decision to increase taxes for decades, which would impact many future city councils.

“We are on the public infrastructure railway track and we might not be able to see the actual train but we can certainly hear the whistle,” MacKay said.

In 2019, the city agreed to a 1.5-per-cent tax increase for three years in a row to help make up for the funding shortfall. Administration initially proposed a minimum 1.5-per-cent property-tax increase for the next 20 years, but council decided to limit the increases to only three years to give administration time to come up with a different solution.

The current RMR funding gap is about $16 million each year and a property-tax increase of 1.5-per-cent for 20 years would be required to close the gap, and doesn't take into consideration any new growth and RMR funding needed for it in the future.

On June 8 council voted to have administration explore a tax breakdown that would see 25 per cent of tax money going to offset the base budget, with 10 per cent going to increase contributions to life-cycle reserves, and 65 per cent to fund new initiatives.

Administration will also prepare a package for council that would see a 1.5-per-cent property-tax increase to go toward RMR and have the planned increase stay in effect until 2040, or until an alternative funding plan is created.

The vote didn't finalize the tax plan, but it will come forward again for a vote at a future council meeting.

Coun. Sheena Hughes wants the city to continue to look for more solutions rather than rely on tax increases.

“We are going to be looking at substantial tax increases with council also kind of blind to its effects and whether or not it's going to be affordable for people to live here, getting five-per-cent tax increases year after year,” Hughes said.

Since 2011 the city has added an average of $28 million of new capital assets each year, and about $1.25 million would have been required each year to support future RMR needs.

A city analysis shows for every dollar spent, the city should be setting aside 4.5 cents to maintain infrastructure.

“The fact is that there just aren't any good solutions here. We have allowed ourselves to get behind the eight ball and we can't just keep kicking the can down the road. We've got to start doing something about this,” Graham said.

The city started looking at this problem several years ago and Graham looked at what other communities were doing with their RMR shortfall.

“Actually, we were probably farther ahead of the majority of them because we were, at least, looking at the issue and to figure out how we were going to resolve the issues,” Graham said.

Graham said the best way to deal with the issue in the long term is to develop new revenue sources to take the stress off property taxes and user fees.

“Long term, by far the best way to deal with this, is developing new revenue sources,” Graham said.

“We're already working on this. I know there's some initiatives that are happening in the background right now and we need to do more of this. This is by far the best way to handle this.”

The city also needs to manage the pace of growth, Graham said.

“We've been growing our asset base at a much higher rate than we're actually growing the population of the city,” Graham said.

St. Albert Mayor Cathy Heron said single-family residential growth is the most expensive kind of addition to the city.

“The single family is at the high end of cost of servicing and then the multi-family is a little less expensive to service,” Heron said.

Adryan Slaght, director of planning and development at the city, said the residential development St. Albert does a lot of costs a bit more than what the taxes pay for.

“That could contribute to that snowballing, which is why councillors made it a goal to bring on more non-residential type of development, and that's kind of what the push is for the both the (municipal development plan) and the annexation,” Slaght said.

“The more people you put on the same length of pipe the basically the better it is for the city.”

Coun. Jacquie Hansen said St. Albertans like to maintain the small-town feel but said if density is brought in properly then maybe the gap can be offset.

“I think the development of new revenue sources is maybe what the next councils are going to have to concentrate on, but the first step is knowing and understanding that this gap is real, and that it needs to be addressed now and for a long time,” Hansen said.

The city is currently putting together an asset management system to take stock of the current infrastructure and calculate when it will require maintenance or replacement and how much that will cost.