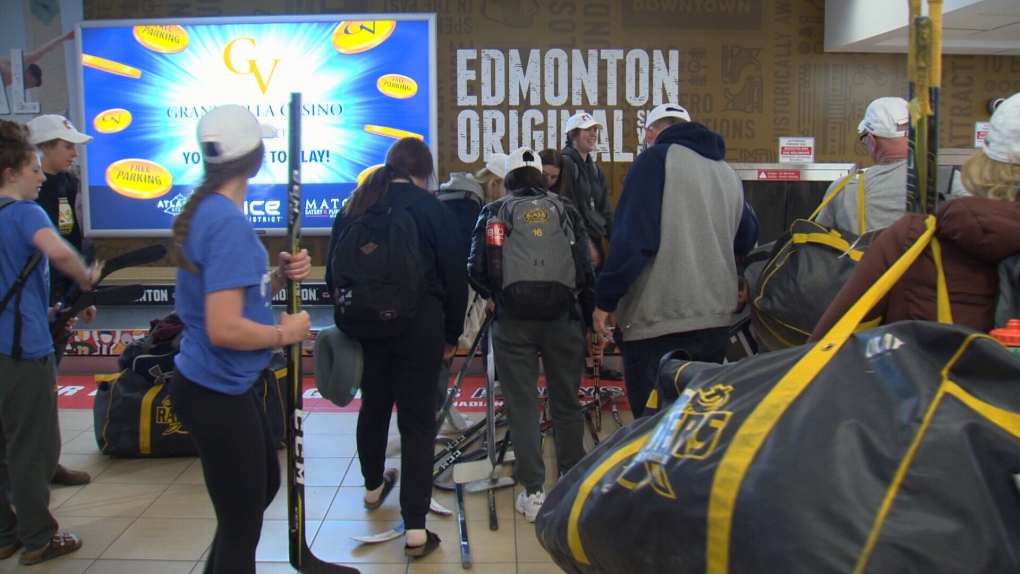 A St. Albert women’s hockey team was welcomed by family and friends in Edmonton Sunday afternoon, after skating into the record books.

The St. Albert Slash made history Saturday night, winning Canada’s National Female Midget Championship for the third year in a row with a  4-1 win over the Sudbury Lady Wolves.

“I don’t think it’s really sunk in yet,” said St. Albert head coach Dan Auchenberg. “It’s pretty hard to sit down and relate to how you feel, I’m just so happy for the girls, they continue to just shine at the right time and play the way they can when it means a lot.”

The Esso Cup three-peat is especially impressive considering no team has won more than one national title in the 11-year history of the tournament.

That feat is not forgotten by players of the Slash.

“Winning nationals once is quite a big accomplishment and I think the fact that we’ve done it three times back to back to back is something that’s pretty amazing and probably won’t be done again,” said forward Izzy Lajoie.

“Just to be able to win with this amazing group of girls, it’s just an amazing feeling it keeps going over and over in my mind,” added Lajoie.

Since the cup’s inception in 2009, teams representing nine provinces have participated and four have laid claim to national champions.