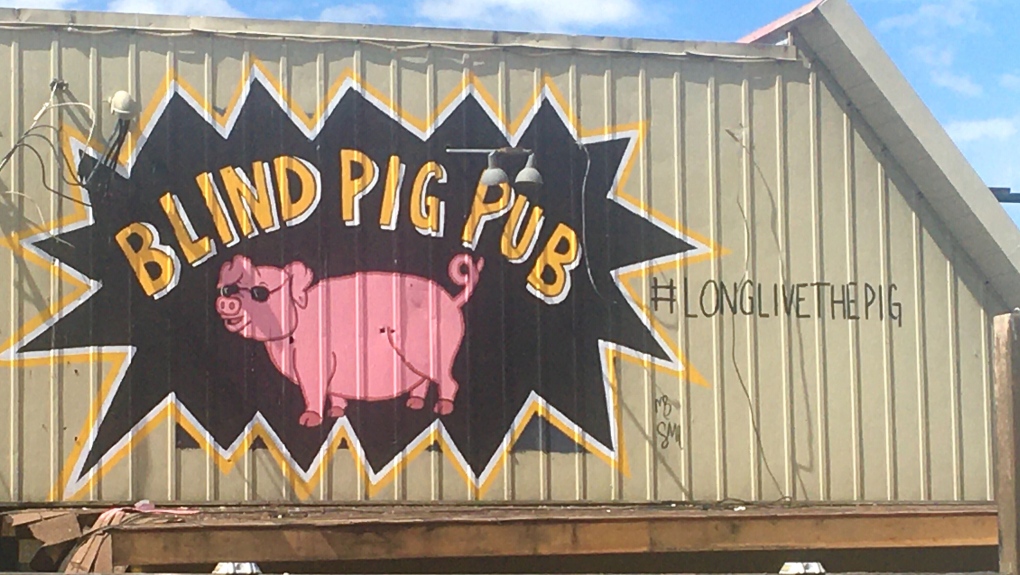 EDMONTON -- With the city’s mayor at the controls of a large excavator, the City of St. Albert witnessed the start of a major development at the entrance to its downtown.

As the diesel engine roared, Cathy Heron brought the machine’s bucket down on the patio of the former Blind Pig Pub. The splintering wood signalled the start of demolition on the old building, on the corner of St. Albert Trail and St. Anne Street.

After demolition is completed in about a week, Niche Development Corporation will begin construction on Saint A Square, a seven-storey residential building with commercial space on the main floor. 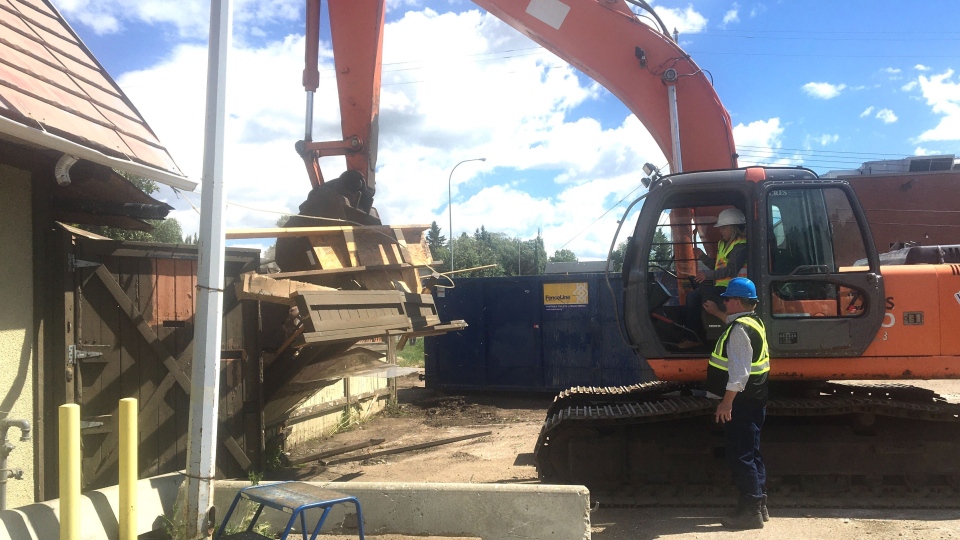 Mayor Heron grew up in St. Albert and recalled going to the building as a young child with her grandfather, in its former life as the local Dairy Queen. Despite the fond memories and mixed emotions, she said it's time for the building to come down.

“It's old and it's tired and I think it's dangerous," she told CTV News Edmonton. “What is proposed to be built here is really beautiful and it's going to be a really nice entrance to our downtown.”

Developer John Clarke says the company has been working on a plan to develop on what they say is a challenging building site, given its small lot and nearby existing structures. 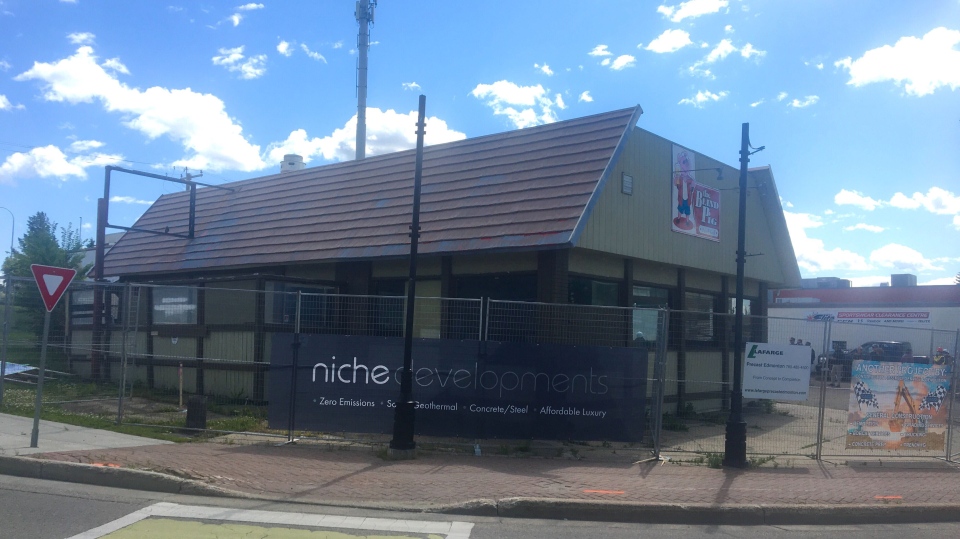 He stresses that it will be a high quality building with green energy components such as geothermal heating and solar arrays, but with a focus on affordable rental suites.

“When you show people you can save the planet and have a high quality place to live, that’s what people are looking for," he asserts.

Niche Developments is applying to have the project registered as CMHC affordable housing. After demolition, construction will begin immediately. It will take approximately 18 months to complete the complex.