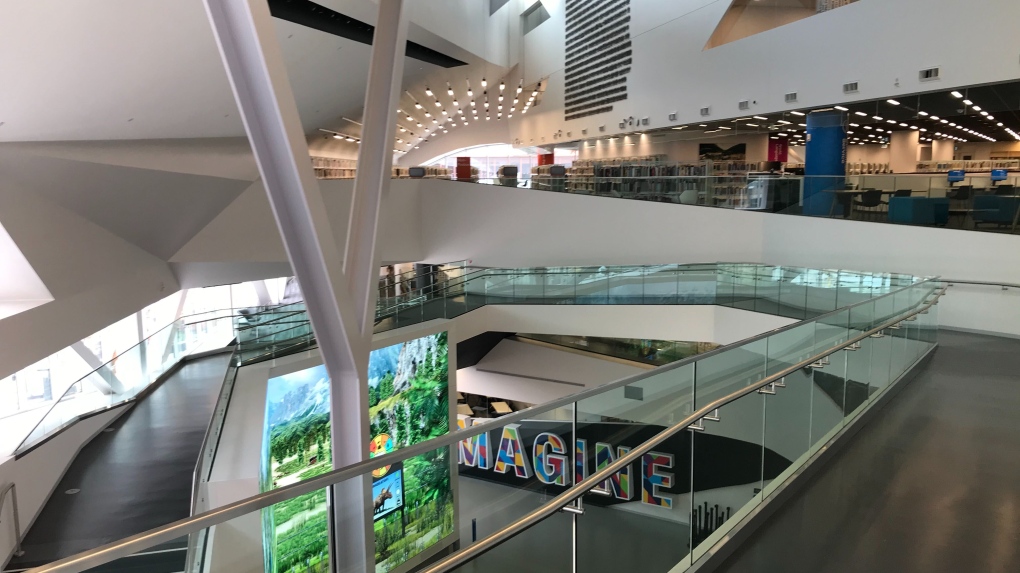 A small group of Edmontonians were selected to attend the opening by finding a golden ticket.

They were treated to performances by Dancing Cree, Kita no Taiko and a virtual fireworks display.

“The new Stanley A. Milner Library will become a focal point for the community and culture in downtown Edmonton. This library will bring together all members of the community, and provide a, modern and accessible space to connect with friends, family and community groups, while creating a cultural hub that Edmontonians can be proud of for generations to come,” said the Honourable Catherine McKenna, Minister of Infrastructure and Communities in a news release. “Canada’s infrastructure plan invests in thousands of projects, creates jobs across the country, and builds stronger communities.”

The renovation project was approved by city council in December 2014 and carried a price tag of $84.5 million.

The renovated library includes a simulation or video wall made up of 278 screens, three times the children’s library space, an additional 8,000 square feet of Makerspace, and an Indigenous gathering space called Thunderbird House.