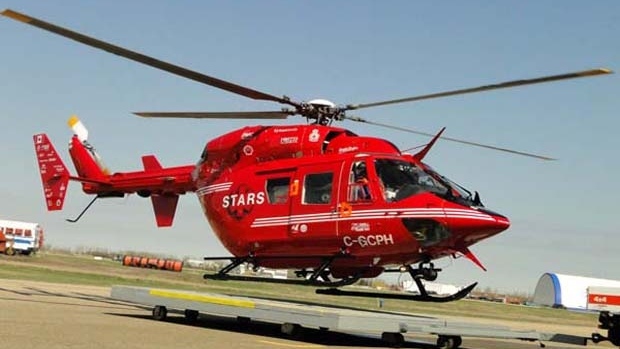 EDMONTON -- The Edmonton STARS base is set to acquire a new helicopter as part of its complete fleet renewal program after a million dollar donation from Capital Power.

“Aircraft last a long time but the aircraft we were flying is no longer being made and so tougher and tougher to get parts and our obligation to Albertans is to be available 24/7, 365 days a year” said Andrea Robertson, President and CEO STARS “It was time to make a decision and at a tough economic time.”

Community donations will cover any remaining costs of the aircraft.

STARS needs nine Airbus H145 helicopters to update its fleet. The federal and provincial governments have helped purchase two of those aircraft.

The air rescue agency hopes to get all nine helicopters by the end of 2022. It plans to base five of them in Alberta with the other four spread out between Saskatchewan and Manitoba.