STARS takes woman to hospital after collision with train near Edmonton 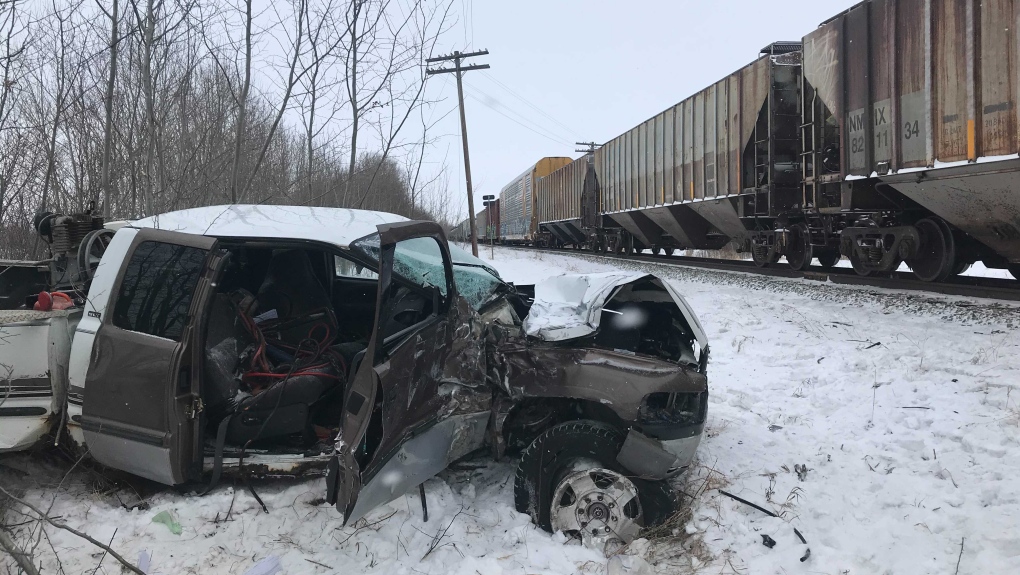 A woman is in hospital after a truck collided with a train near Leduc on Tuesday, Jan. 26, 2021. (CTV News Edmonton)

EDMONTON -- A woman was airlifted to an Edmonton hospital after the vehicle she was in crashed with a train east of Leduc Tuesday afternoon.

Mounties say there was a collision between a train and a truck on Centre Street in New Sarepta at approximately 12:45 p.m.

The truck driver, an 82-year-old man, is OK, but his passenger, a 61-year-old woman, was taken to hospital by STARS with serious injuries, RCMP said.