Youth taken by STARS to Stollery in 'critical condition' after crash: EPS 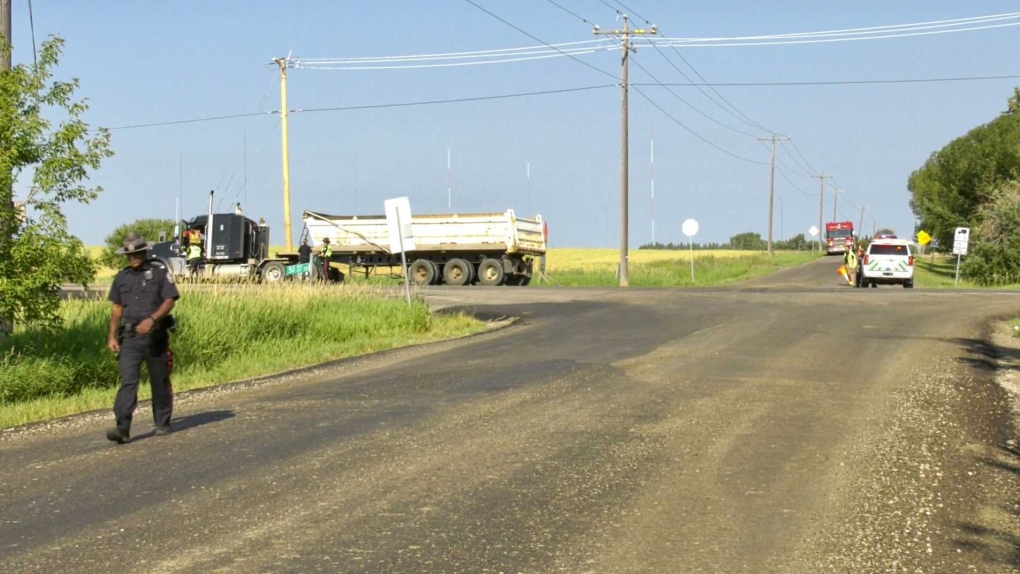 Two women and a minor were taken to hospital after a crash in southeast Edmonton on Tuesday.

The crash happened at 41 Avenue and 50 Street and involved a car and a truck, according to police.

The three people sent to hospital were all in the car. The youth was in "critical condition" and needed to be flown by STARS Air Ambulance to the Stollery Children's Hospital, according to police.

The driver of the truck was uninjured.

The EPS Major Collisions and Commercial Vehicles units are investigating. Several roads were closed as of 6:30 p.m., including:

With 3 days left until election, O'Toole fixates on vote-splitters and deflects questions on his fate

With three days left in the 2021 federal election campaign and polling suggesting a Liberal win maybe the most likely outcome, Conservative Leader Erin O’Toole was laser-focused on one message Friday: a vote for any party other than his is a vote for Liberal Leader Justin Trudeau.

The B.C. government announced another 11 deaths related to COVID-19 on Friday, marking the deadliest 24 hours in the province since February.

Alberta reported more than 2,000 daily COVID-19 cases for the first time since May on Friday.

A California jury on Friday found multimillionaire real estate heir Robert Durst guilty of murdering his best friend Susan Berman in 2000, the first homicide conviction for a man suspected of killing three people in three states over the past 39 years.

Endorsements for Liberal Leader Justin Trudeau from former U.S. president Barack Obama and Hillary Clinton have raised questions about election interference. But according to the Canada Elections Act, a foreign citizen speaking about the Canadian election does not by itself constitute an instance of undue foreign influence.

Dealing the White House a stinging setback, a government advisory panel overwhelmingly rejected a plan Friday to give Pfizer COVID-19 booster shots across the board, and instead endorsed the extra vaccine dose only for those who are 65 or older or run a high risk of severe disease.