Statement of claim filed against Alta. government and minister by Métis settlements council 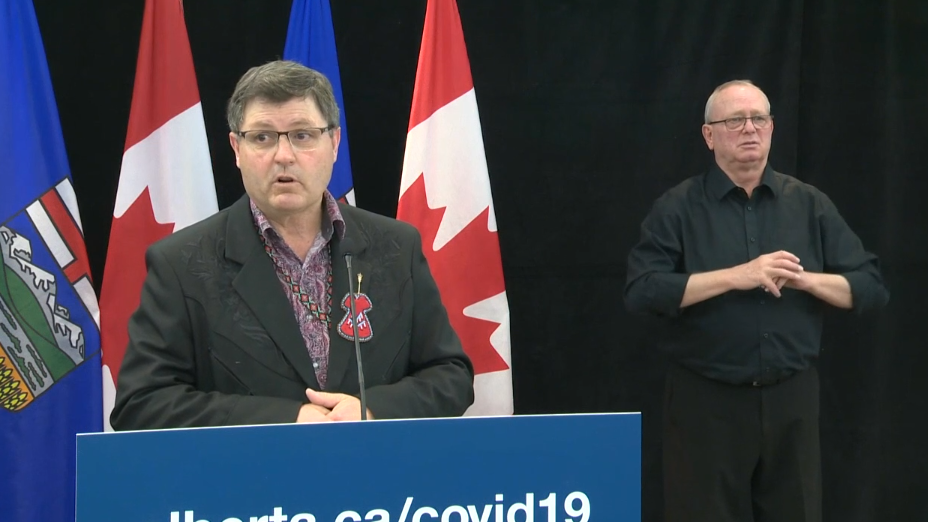 The council is asking for an interim injunction on Bill 57 until the court can rule on stopping implementation of the legislation entirely as an infringement on Métis rights under Sect. 35 of the Constitution Act.

MSGC President Herb Lehr doesn't know what the price tag will be for the court battle he says they never wanted.

“It's more than I can afford, but what are your rights worth? That's the big question of the day,” he said.

At the heart of the MSGC's court action is the lack of consultation that took place between the settlements and the province for amendments to the MSA, they argue, and Alberta's decision to unilaterally prepare the legislation.

“The MGSC asserts the Government of Alberta used the pandemic to avoid engagement and consultation that would need to occur with the settlements and unilaterally moved ahead with amendments,” said the MSGC in a news release today.

“That's why we couldn't understand why they could feel so confident that what they were doing was right,” Lehr told Windspeaker.com in a telephone interview.

Lehr says they even suggested that Indigenous Relations Minister Rick Wilson take the amendments to membership through a plebiscite “if they were so confident Bill 57 was appropriate.” That didn't happen.

As far as Lehr is concerned, Premier Jason Kenney's UCP government has embraced a colonial approach.

“I look at this and I just see residential school all over again. Here's someone deciding for us. Where is democracy?” said Lehr.

The MSGC is comprised of eight Métis settlements. Lehr says five of the eight settlements approved the court action. One settlement didn't support the action because they wanted it “stronger,” he said. Another did not provide reasons for not supporting and a third settlement was not present for the vote.

The Statement of Claim indicates that up until early March 2020 “Alberta's practise had been to consult extensively with Métis Settlements and obtain their consent through the Settlements Councils and the General Council.”

In 2019 and 2020, says the statement, the MSGC informed the province that as “significant and far reaching” changes that could impact the fiscal obligations and self-government arrangements for the settlement councils and general council were being discussed “extensive community consultation” was required.

When COVID-19 hit, MSGC and the settlement councils prioritized responding to the emergency needs of members and further discussions had to be put on the backburner.

“Despite this, the Government of Alberta informed the General Council that Alberta would move forward with unilateral changes to the legislation,” reads the statement.

This resulted in a “number of significant changes” without consent from the MSGC.

Decreasing the number of councillors, said Lehr, “would then fetter our ability to be able to continue to pursue both federal and provincial governments as a collectivity” with less people who can focus on issues on a full-time basis.

He also points out that councillors' salaries aren't paid by provincial or federal taxpayers, but instead come from the settlements' Future Fund and Resco Oil and Gas, a company owned by the eight Métis settlements. The Future Fund is managed by the MSGC and was created from litigation against the province, which resulted in an out-of-court settlement.

“That was our money. So now someone wants to make changes to your government that you're paying for? That's pretty forward of someone in my mind. If someone is paying their own way on those things, then what right do you have to jump in there and change things?” said Lehr.

That Bill 57 pulls the Indigenous Relations minister out of financial commitments is rather timely, says Lehr, considering the $85 million, 10-year Long Term AgreementMSGC has with the province has only two years left.

“He didn't remove himself from all policies, he only removed him from the financial allocation policy and we are supposed to be doing an eight-year review of the LTA where that review is already showing that the province was negligent when it came to financial sustainability of the communitiesâ€¦So they're not liable for not living up to the responsibilities they had under the LTA,” said Lehr.

“In passing the Amendment Act (Bill 57) without the General Council's agreement, Alberta failed to uphold the Honour of the Crown,” reads the Statement of Claim. The government has 20 days to reply.

This is the second court action initiated against the province by a Métis organization in two months.

In June, the Métis Nation of Alberta began litigation against the UCP government and Indigenous Relations Minister Rick Wilson for refusing to continue negotiating a Métis consultation policy that the MNA was ready to sign right before the province changed governments.

Wilson's office was contacted late in the day for a comment on the MSGC court action. None was received.