Staying cold all week, but heavy snow is done: This is your Edmonton forecast 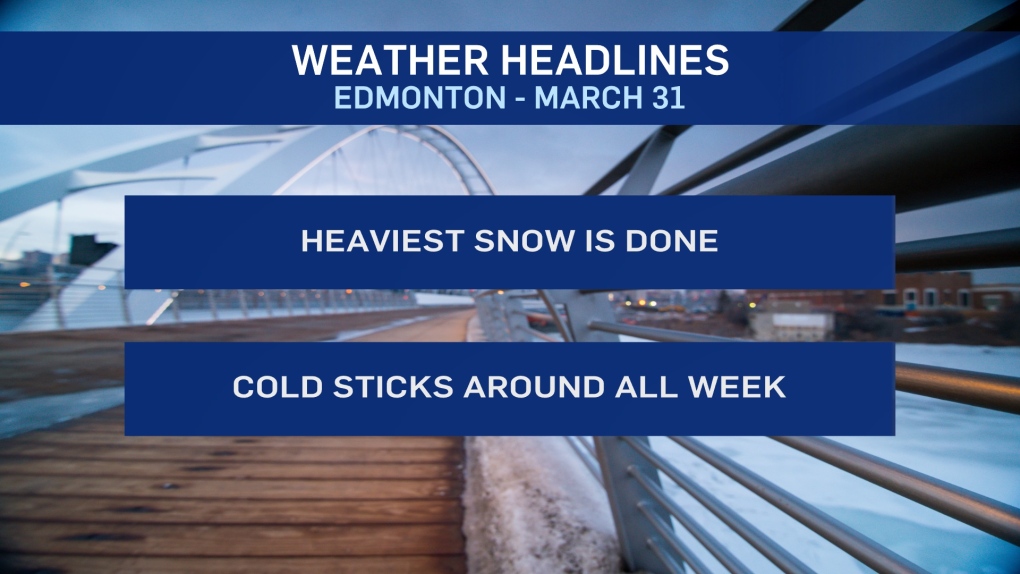 EDMONTON -- Cold air will continue to hang over most of Alberta for the rest of the week.

However, Edmonton and area are done with the heaviest snow.  There's still a chance of a few scattered flurries today.

The accumulating snow has moved off to NE and the snowfall warning was ended (for Edmonton) early Tuesday.

Reports from around the city seem to indicate roughly 10 cm of fresh snow is on the ground this morning in Edmonton.

Areas further north and northeast remain under a snowfall warning.

That may end later today for areas further west.  But the Cold Lake to Fort McMurray region will likely get another 5-10 cm today.

Parts of that region may even get close to 20 cm total snowfall.

We'll see some sunny breaks over the next few days in the Edmonton region.

Temperatures will be roughly 15 to 20 degrees colder than average with afternoon highs near -10 and morning lows near -20.

Milder air returns through the weekend with temperatures back above zero by early next week.