As the back-to-back defending league champions Edmonton Stingers secured a playoff berth again this year, part of the team's success comes from its local roots.

Uguak, 24, spent three years at Ainlay, helping the team achieve back-to-back provincial titles in 2014 and 2015. He then spent five years in the NCAA, including three seasons with the Loyola Chicago Ramblers.

"I'm very grateful to come fresh out of college and play for my hometown team in Edmonton, and this league has been growing so much over the past couple of years it's kind of just worked out," he told CTV News Edmonton.

With the Stingers, he earned 10.1 points per game and has tied Baker for the best field goal percentage per game at 51.5 per cent.

His success has landed him a new career opportunity, playing with the NINERS Chemnitz in Germany's top professional basketball league. For Uguak, the opportunity is bittersweet.

"I've grown close to these guys, and I feel like I'm part of something special here," Uguak said. "Unfortunately, I can't finish the season out, but this is what the CEBL is for, helping you get to better opportunities during the fall season." 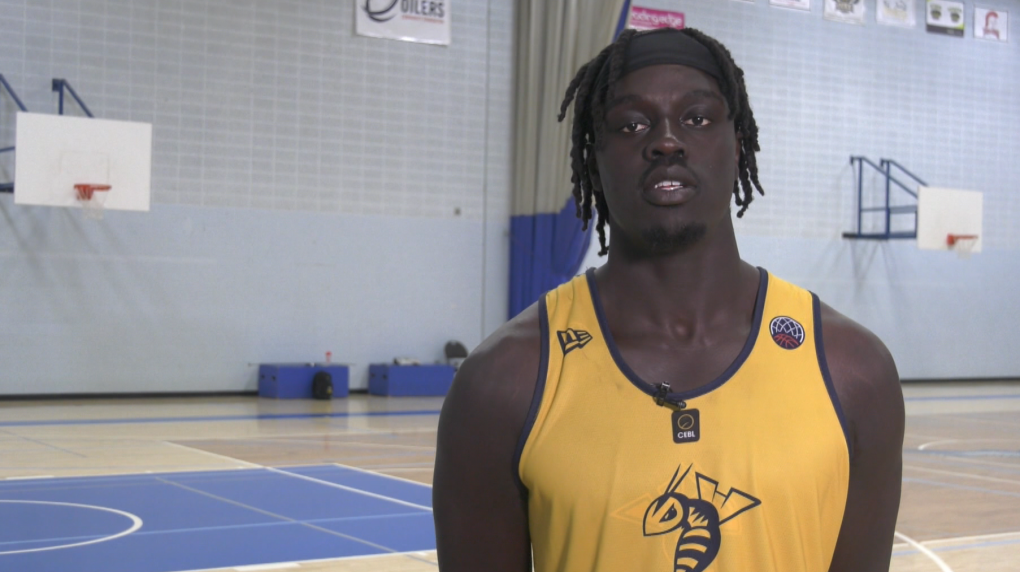 Aher Uguak credits much of his success to the dedication his Ainley and Stingers coach George Hoyt provided him with (CTV News Edmonton/Brandon Lynch).

Baker says he is excited for his fellow teammate to continue developing as a professional basketball player.

"We're just hoping he comes back here every summer and helps continue the tradition of excellence we've built here."

Baker joined the Stingers in their inaugural season and now leads the team for its highest per game performance for rebounds, assists, and steals.

He has averaged 14 points per game and 4.1 assists per game while playing for the Stingers. 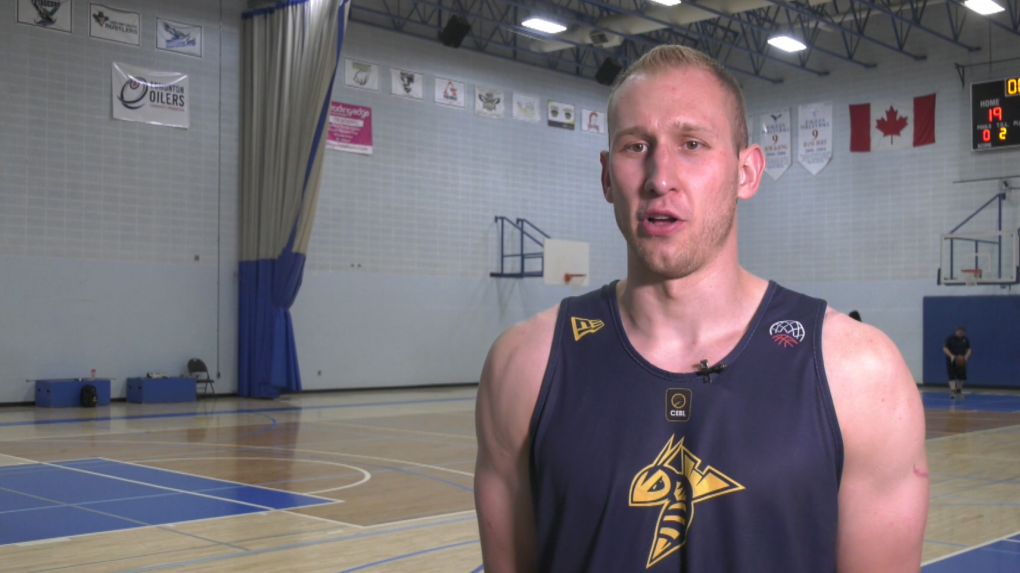 Both players agree that their time with Stingers assistant coach George Hoyt and former Ainlay mentor has made the difference in their careers.

"He's always willing to put in the time," Baker said. "Whether it's during the offseason or during the season."

"Open the gym and get shots in, you know," he added. "He's invested a lot into both Aher and I, and he's a big reason why we're both pros."

"You don't have to look very far to see his accomplishments and his fingerprints all over the high school basketball game across Alberta. It's a testament to him that both Aheer and I are playing professional basketball."

Hoyt says their advancement is due to their own individual dedication.

"The drills I put in front of them are just drills," he said. "It's what they want to put in them is what they get out of it."

Hoyt was just Ainlay's third out of four coaches in the basketball program's history. He credits that continuity as a driver of success.

"That coach being there for long terms and committed to being a volunteer (after) has led to a lot of success," Hoyt said.

Another factor is the "tight-knit" alumni athlete community promoted by the high school, Baker said.

"Ainlay does a great job of making sure the alumni stay connected," Baker added. "Guys that play post-secondary basketball are always going back on the weekends in the summer to school the young guys and just build that culture of excellence."

When asked if the next CEBL or international star is playing for Ainlay right now, Hoyt said the sky is the limit, with Baker and Uguak now serving as concrete examples of the basketball talent pipeline to the professional level.

"This is just the start," Hoyt said. "There's going to be other guys joining them from other high schools."