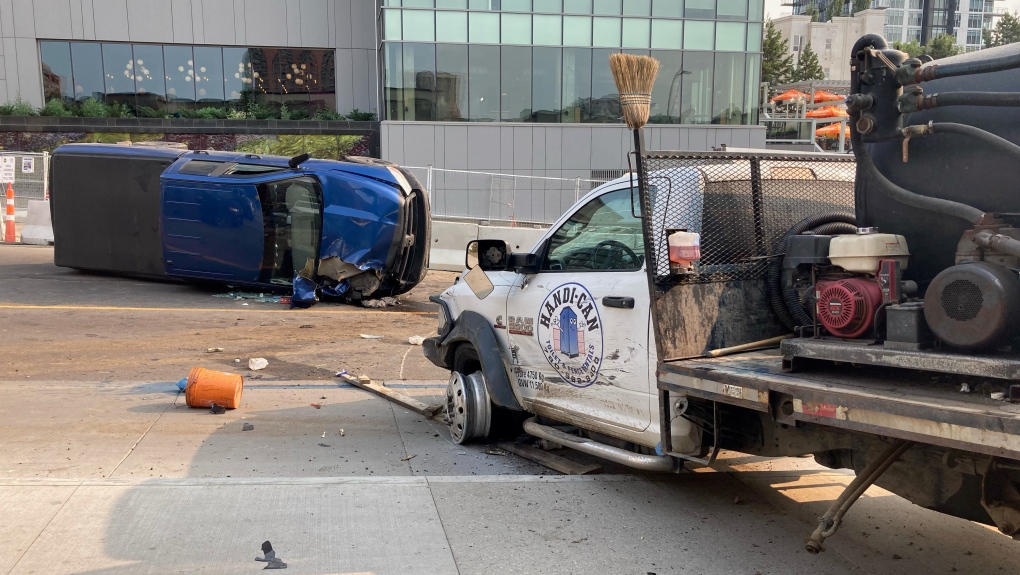 The intersection of Jasper Avenue and 109 Street was closed in all directions. Other roads in the area were affected as well.

Multiple vehicles were involved in the collision, including a truck that appeared to have rolled. 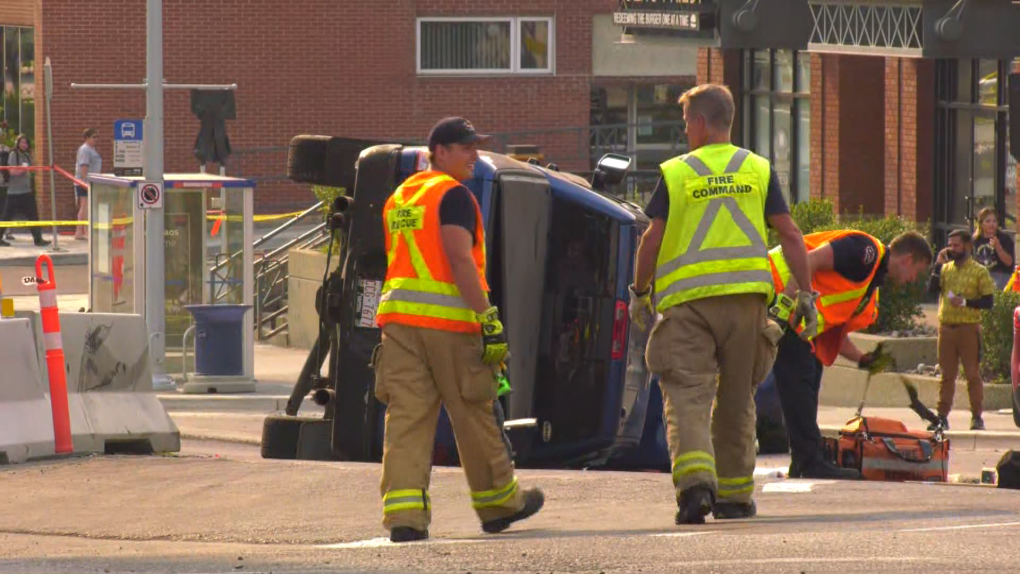 An SUV also struck a barrier on the sidewalk along Jasper Avenue.

Cheryl Voordenhout, an EPS spokesperson, told CTV News Edmonton that preliminary investigation into the accident showed a woman allegedly stole a water truck and struck multiple vehicles in the area.

Police said the driver of the stolen truck was in custody and was taken to hospital to be assessed.

The EPS major collisions unit remained on scene into the evening.