Strathcona County’s 25-case trigger for mandatory masks: How it will work 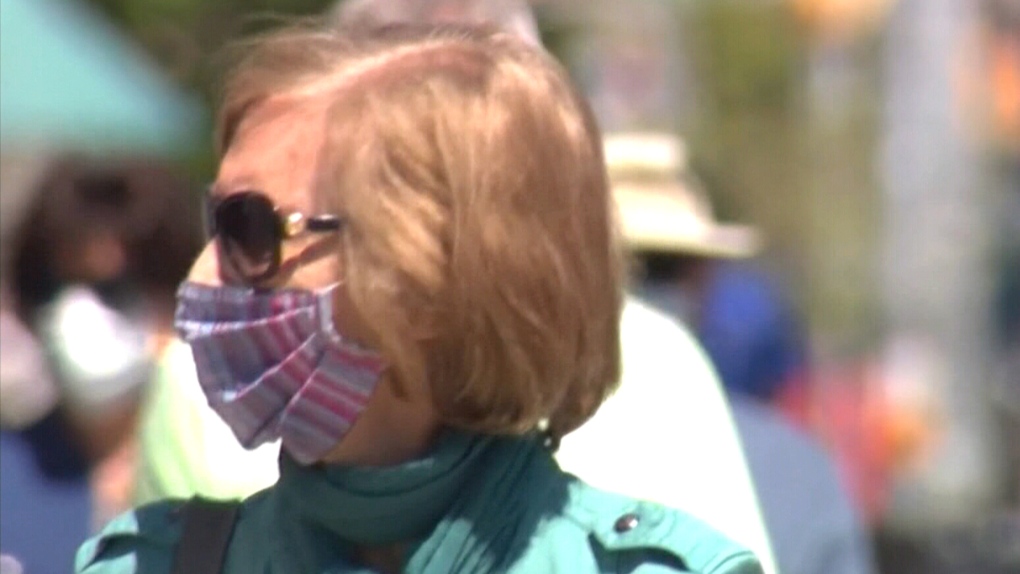 EDMONTON -- Masks will be mandatory in Strathcona County once there are 25 active COVID-19 cases inside its boundary line, council decided Thursday.

The bylaw passed 7-2 on Aug. 6, mandating face coverings in public indoor places and public vehicles when government data shows the county has met the 25-active-case threshold.

Currently, just nine county residents are sick with the virus.

He originally proposed the threshold be set at 50 cases, which is a trigger point for Alberta Health Services to begin monitoring a community.

“I think we should maximize and respect freedom of property rights, there’s no doubt about that. On the other hand, there is the principle of do no harm,” he said during debate.

“If we wait until 50, that’s reflecting of the prior 14 days incubation period. By the time the next day, we could be at 70, we could be at 90. It could go astronomically at that point.”

He and Ward 5’s Paul Smith would vote against the bylaw, arguing the difficulty for the county to make such a decision, then communicate and enforce it.

WHAT THE BYLAW REQUIRES

Strathcona County already requires the use of face coverings in its own facilities and transit.

The bylaw expands the mandate if the county reaches 25 active COVID-19 cases, in which cases masks would also be required in ride services and public indoor spaces.

That the trigger had been reached, and the mandate activated, would be communicated on the county’s social media channels and direct messaging – as it shares news about parking bans, administration said.

Violators could face a $100 fine, but the director of emergency services said Strathcona would take an education-first approach.

“This isn’t so much an enforcement story, as it is a story about civic duty and grace and kindness,” Jeff Hutton commented.

The bylaw would be automatically repealed 90 days after taking effect, on Nov. 17, unless council intervened.

Before voting on the bylaw, council heard the results of a survey of 7,960 people which asked how often respondents wear a mask, what challenges they face in doing so, how much they supported a mandatory bylaw, and how many business owners believed a bylaw would make enforcement easier.

Fifty-eight per cent of those who participated in the survey reported always or sometimes wearing a mask. Almost 33 per cent said they never do.

Among the top challenges people identified were discomfort, a belief that face coverings are not important, or they said they “just don’t like it.” However, nearly 42 per cent said they saw no challenges in wearing a mask in public.

Only 37 per cent of business owners said they believed a bylaw would make enforcement easier.

The passed bylaw makes no requirement of business owners to enforce, report or deny service to people who aren’t wearing a mask.

The Strathcona County council also approved a motion to advocate for a provincial approach to face coverings, alongside other municipalities.

Some council members criticized the Alberta government for so strongly encouraging mask use while not mandating it – despite justification from the premier and chief medical officer of health that municipalities should be able to respond locally.

“Really frustrated by them right now, that they should have stepped up on this three months ago,” Parks commented.

“To put municipalities like us in the position where we’re having to play the numbers game is absolutely ridiculous.”

The cities of Edmonton and St. Albert have both mandated mask use already or by the end of the week.

Fort Saskatchewan made a similar bylaw to Strathcona County by setting a threshold of 10 or more active cases.

Beaumont, Leduc and Spruce Grove are still discussing their own decisions.

Detailed information about the bylaw is being made available online.