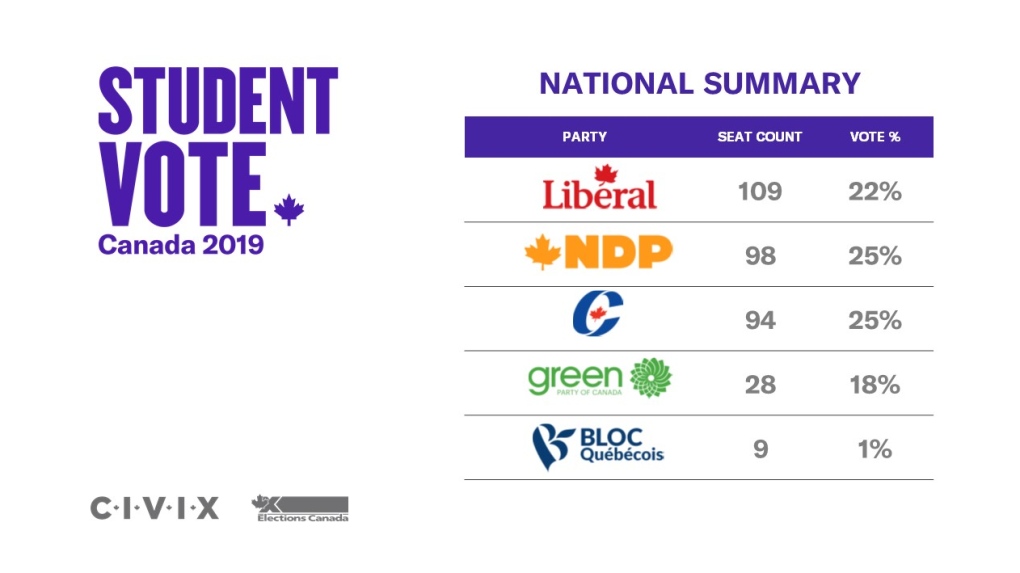 EDMONTON -- Canadian elementary and secondary school students may not be old enough to vote, but they did have their say Monday.

More than one million students from all ridings across Canada elected a Liberal minority in a simulated election by Civix—a charity that encourages youth engagement—in association with Elections Canada.

While Canadian students also voted the NDP as the Official Opposition, the results tell a different story in Alberta.

Overall, the Liberal Party led the way with 109 seats, the NDP won in 98 ridings, the Conservative Party got 94 seats, and the Green Party and the Bloc Quebecois came away with 28 and 9.

In Alberta, the Conservatives won 30 seats while the New Democrats and Liberals secured three and one, respectively.

In the Edmonton area, all ridings but Edmonton Mill Woods (Liberal) and Edmonton Strathcona (NDP) went to the Conservative Party.