Hundreds of people gathered in front of Edmonton City Hall Saturday to celebrate the first large Pride event in the city in four years, and the first one in Churchill Square in eight.

"It's just a great feeling for everyone, I think," Jo Binkley said.

"It's such a vibe," Avery Wonitowy said.

"When they lifted (pandemic) restrictions on events, a group of people came together and said, 'Hey we have two months! Let's plan a massive festival!'"

That's when a parade on Whyte Avenue was stopped by protesters, who demanded more diversity amongst the organizers.

RARICANow was one of the groups protesting in 2018. Members marched to the festival on Saturday as welcomed guests.

"These are members of the community who are still fighting for their basic human rights all over the world," explained Watson.

"Having these safe spaces, it really means life or death for so many people in our community."

"I think it's the mainstream LGBTQ+'s responsibility to utilize their privilege in order to uplift those voices," said Boyd Whiskeyjack, who was dressed in drag as Cedar T. 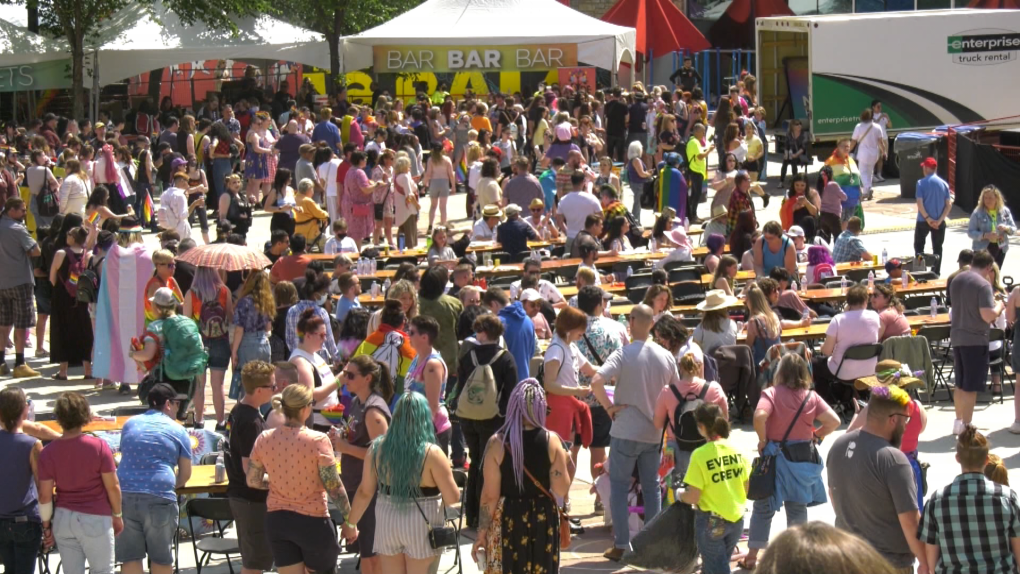 The event was an opportunity to celebrate new milestones.

"This is my first pride. I came out exactly two years ago as a trans woman," Andie Labelle Varias.

"Being able to like come out and do something in such a big group and in such a community that I felt like I've been cut off from for the last couple years is really exciting," said Zoe Bumanis.

Organizers hope to bring in more people from the community next year, with planning already underway.

"We are in talks of bringing back a large-scale event that stretches down a street and starts with a 'p,'" Watson said.

Can the spread of monkeypox be stopped?

Since May, nearly 90 countries have reported more than 31,000 cases of monkeypox. The World Health Organization classified the escalating outbreak of the once-rare disease as an international emergency in July; the U.S. declared it a national emergency last week.

Nova Scotia’s unsolved crimes program is offering its largest reward ever for information in the case of a little boy shot and killed in Dartmouth in December.

The Royal Canadian Air Force has grounded the Snowbirds aerobatic team after one of the aircraft suffered a hard landing last week in northern British Columbia.