Summer 2021: The hottest, smokiest and driest on record 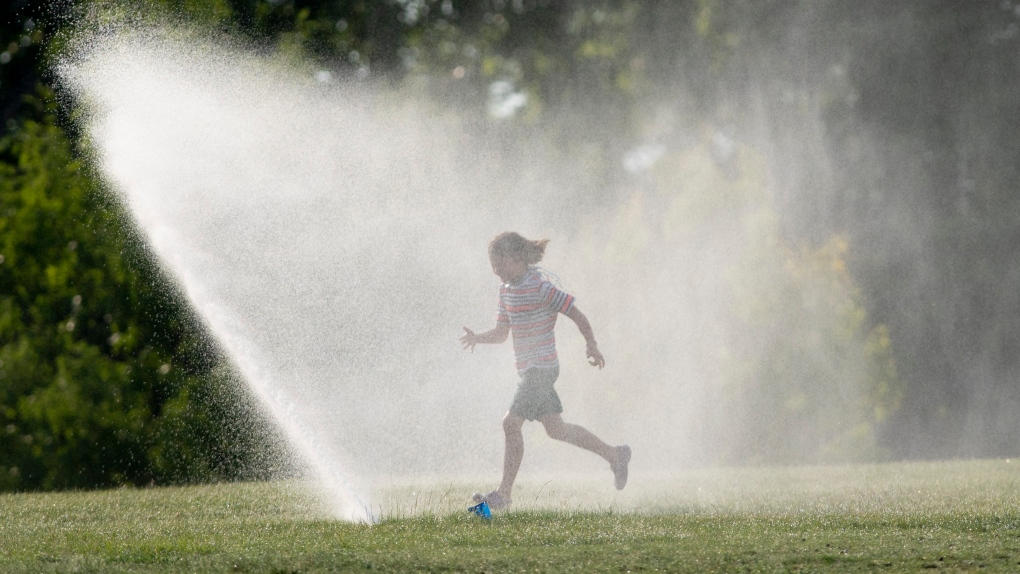 Josephine Young runs through a sprinkler as she takes a break from a bike ride near the Ottawa River on Tuesday July 7, 2020 in Ottawa. (THE CANADIAN PRESS / Adrian Wyld)

The numbers are in and it was a record-setting summer for many areas in Alberta.

Edmonton recorded more 30-degree days than ever before. The previous record was 14 days of 30+ . This year, we had 17!

Before this summer, only nine years had ever had 10 or more days in the 30s.

On top of that, Environment and Climate Change Canada says the mean temperature (combination of daily high and low) was almost 2.5 degrees above average and was the warmest on record.

Grande Prairie only has 87 years of records. But, Edmonton/Calgary/Banff all have records that date back over 125 years.

Edmonton also had a record-setting summer in terms of precipitation. Average summer rainfall is 223 mm. This year, we had just 86 mm. That’s the driest summer on record.

Just two tornadoes were reported this summer (average is 10). Both tornadoes were EF-0 and both occurred south of Calgary (near Blackie & Longview) on June 5.

All data in this report is courtesy Environment and Climate Change Canada.