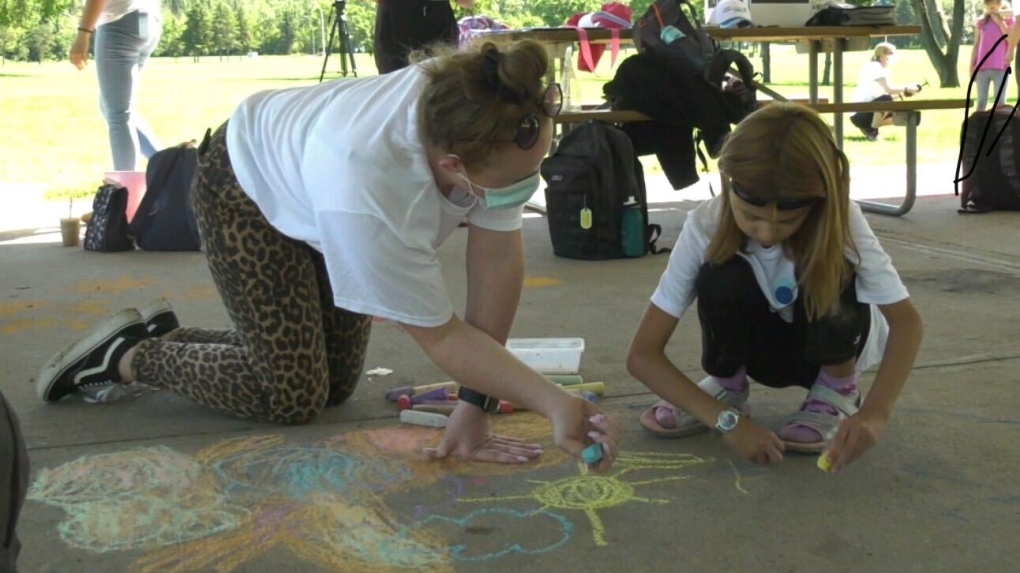 EDMONTON -- Children’s Autism Services of Edmonton holds an annual summer camp for children on the autism spectrum. However, this year’s looks a little different.

“They've been stuck at home for such a long time and haven't had to practice a lot of things and have become accustomed to being stuck at home,” said Children’s Autism Services of Edmonton Program Coordinator Melissa Malasheski.

The camp is designed to help children overcome the stress and fear of new situations while socializing in an outdoor setting. It’s also a way for the children to stay engaged while dealing with COVID-19 isolation.

“To say that it's been hell would be an absolute understatement,” said parent Andree Busenius while fighting back tears. “It really has…it makes us fearful as parents of special needs kids that we are losing them like we are losing them inside of their head and we're not going to be able to pull them back out."

Organizers say the camp is also “very important” as the potential for a return to school this fall is likely.

A 2018 report says an estimated one in every 66 Canadian children is diagnosed with autism spectrum disorder.