EDMONTON -- An early morning arson and shooting in Devon, Alta., appear to be connected, RCMP say.

Fire crews got to a house fire Sunday morning around 4:30 a.m.

Around the same time, RCMP learned that a 31-year-old man was being treated at the Devon Hospital for a gunshot wound. 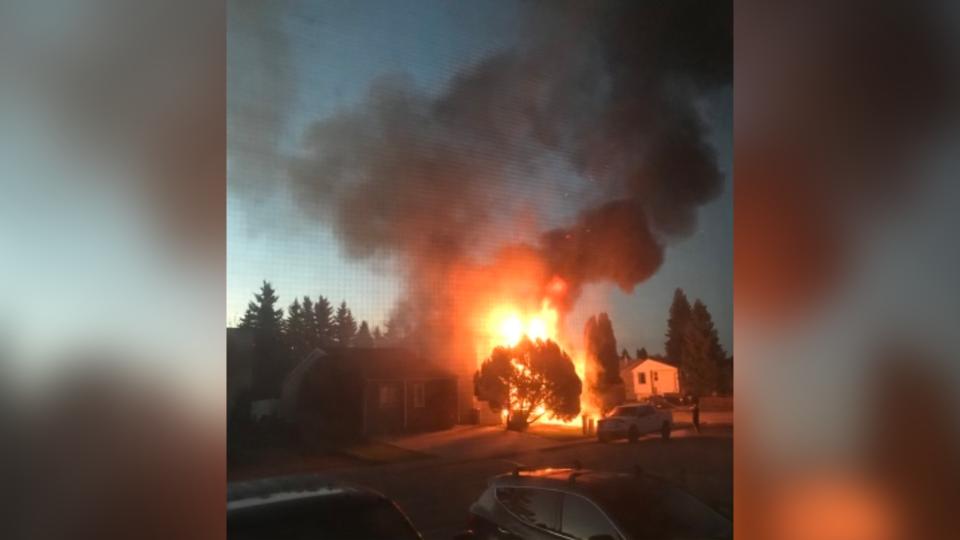 The fire ultimately engulfed the home but neighbouring homes were saved.

The badly charred house was mostly still standing Sunday afternoon, located on the corner of Pipestone Drive and Chungo Drive.

Fire investigators were combing through the wreckage, including men in white coveralls who were shovelling ash and taking photos near the front entrance of the house.

Several RCMP officers were watching over the scene. An officer in a mask was taking witness statements.

Mounties say there is no word on any suspects as they continue to investigate both incidents.