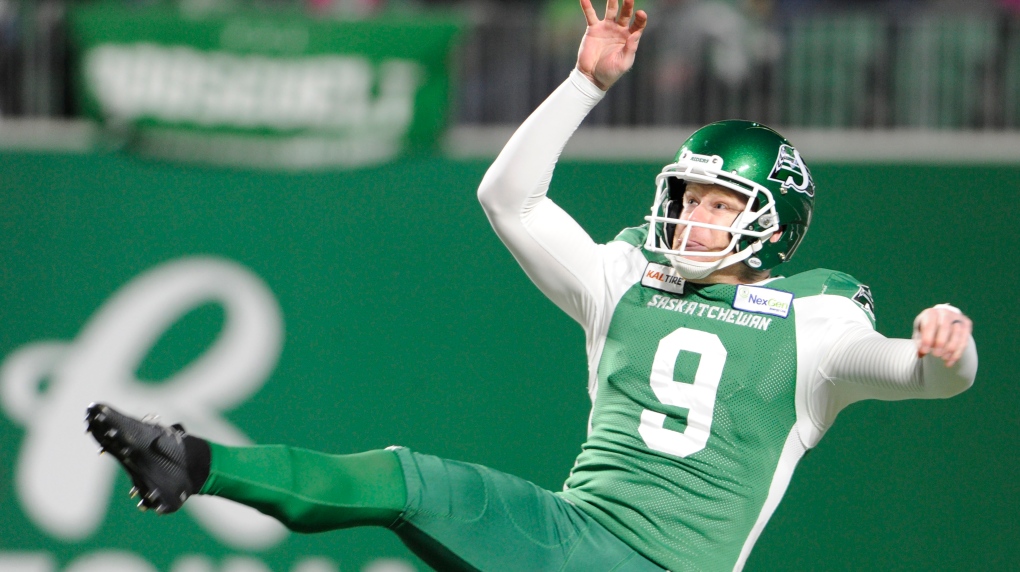 Saskatchewan Roughriders punter Jon Ryan follows through on a punt during second half CFL action against the Winnipeg Blue Bombers, in Regina on Saturday, Oct. 5, 2019. THE CANADIAN PRESS/Mark Taylor

The Edmonton Elks have acquired Super Bowl winner Jon Ryan from the Hamilton Tiger-Cats in exchange for a conditional draft pick in the eighth round of the 2023 CFL draft.

Ryan signed with Hamiltion on July 10 after playing 28 games over the last two seasons with the Saskatchewan Roughriders.

The 40-year-old Regina product started his CFL career with the Winnipeg Blue Bombers in 2004.

He went on to play 191 games in the NFL over 12 seasons, including 10 seasons with the Seattle Seahawks and two with the Green Bay Packers.

The Elks are on a bye week, and will play against the B.C. Lions on Aug. 6 in Vancouver.

Actor Anne Heche has died after suffering a brain injury following a car crash last week, according to her family. She was 53.

A Quebec Superior Court judge has temporarily suspended two articles of the province's new language law, saying they could prevent some English-speaking organizations from accessing justice through the courts.

WHO plans to rename monkeypox over stigmatization concerns

The World Health Organization says it's holding an open forum to rename the disease monkeypox, after some critics raised concerns the name could be derogatory or have racist connotations.