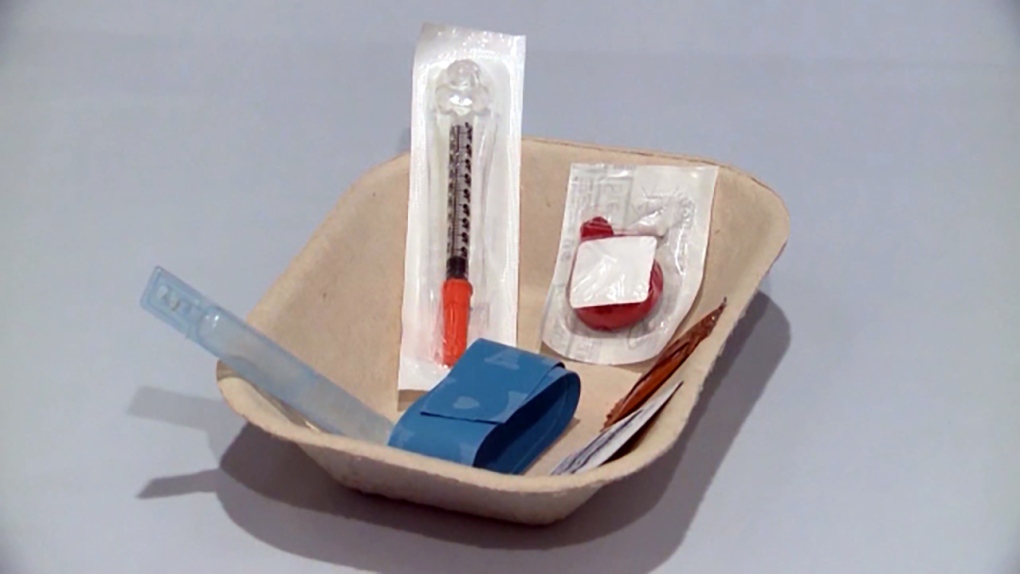 The Supreme Court of Canada has decided it will not hear an injunction application that has already been dismissed in two Alberta courts to pull back the new rule, already in place, amid an ongoing lawsuit.

Service providers must now collect personal health numbers from clients, but the government says no one will be turned away without one and that it is standard practice for health services.

Edmonton-based lawyer Avnish Nanda, who represents the plaintiffs, says their focus is now solely on the lawsuit but it could be years before it's heard.

More than 1,700 drug toxicity deaths were recorded by the province last year - the highest yearly total on record in Alberta.

This report by The Canadian Press was first published April 7, 2022.

The bodies of Russian soldiers were lying in the streets of a key eastern Ukrainian city on Tuesday, evidence of a hasty retreat that marked a new military defeat for Moscow as it struggles to hang on to areas it illegally annexed last week.

Control over immigration and Quebec's religious symbols ban could be sources of conflict between Ottawa and the province as Premier Francois Legault begins his second mandate.

'I don't see this getting better': Gas prices in Ontario expected to keep climbing

Drivers should fill up their tanks Tuesday as gas prices in Ontario are forecast to rise in the next few days, with one industry analyst warning that more hikes could be coming.

Don Martin: An Alberta storm is brewing as Danielle Smith is set to become premier

A power crew in Cape Breton went above and beyond their duties after a memorial plaque attached to a power pole was torn down during post-tropical storm Fiona.

6 California killings may be work of serial killer: police

Ballistics tests have linked the fatal shootings of six men and the wounding of one woman in California -- all potentially at the hands of a serial killer -- in crimes going back more than a year, police said.

Why are apartment rental rates going up in Canada?

If you live in an apartment, then you've more than likely felt the effects of the dramatically increased rental rates in Canada. Personal finance contributor Christopher Liew explores some of the key factors contributing to the increased rental prices in Canada, along with some of the things that Canadians are doing to cope with the current market.