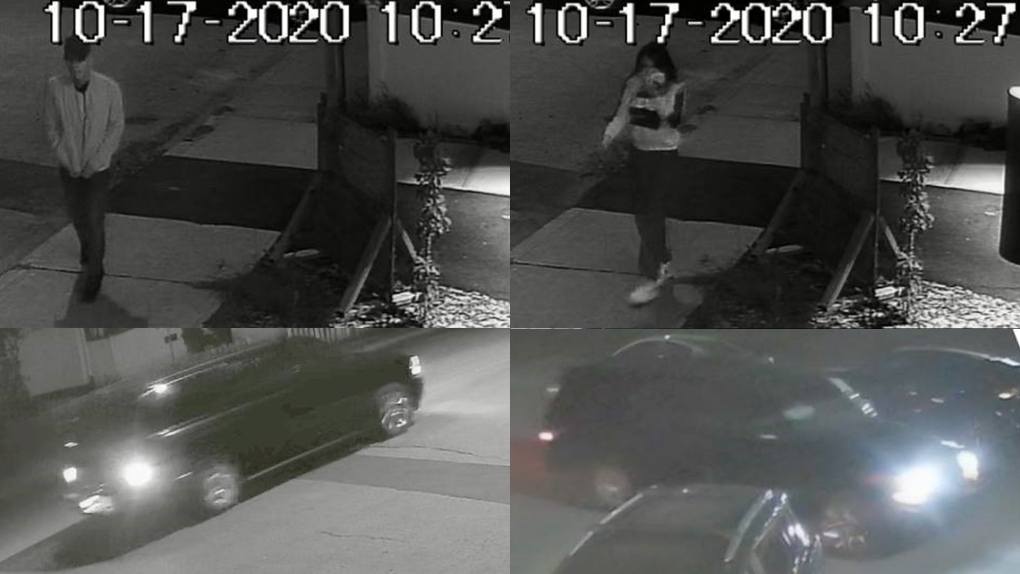 EDMONTON -- A 30-year-old man is still in hospital nearly two weeks after he was shot, and police are looking for the people responsible.

The man was found in the street by passers-by and taken to hospital with life-threatening injuries. Police believe he was shot inside a home in the area of 110 Avenue and 101 Street.

Investigators are now releasing images of two of the people believed to be responsible in hopes of finding them.

They left the scene in a dark coloured SUV that appears to be a 2000-2006 GMC Yukon, Denali or Chevrolet Tahoe.

Police are looking for two men, a woman, and a fourth person who was driving the SUV.