EDMONTON -- Surveillance video shows a truck smashing into an Edmonton cigar store before thieves stole approximately $20,000 worth of products, the store owner said.

Shelly MacMillan was woken up by an alarm on her phone shortly before 5 a.m. alerting her about a break-in at Hav-A-Cigar.

"All I saw…two guys standing cleaning the shelves out so I called the police right away," MacMillan told CTV News Edmonton.

Video shows a truck crashing into the shop located at 99 Street and 38 Avenue, followed by two men dumping products into garbage cans.

MacMillan says the thieves stole cigarettes because they are untraceable and easy to sell on the black market.

"They're only interested in the cigarettes because they're gonna go sell them," MacMillan said. "They want the generics; they want the things that can't be identified."

This is the second time the shop she co-owns with her family is broken into in two years. Since then, they have added more security measures, including heavy duty equipment this truck crashed through. 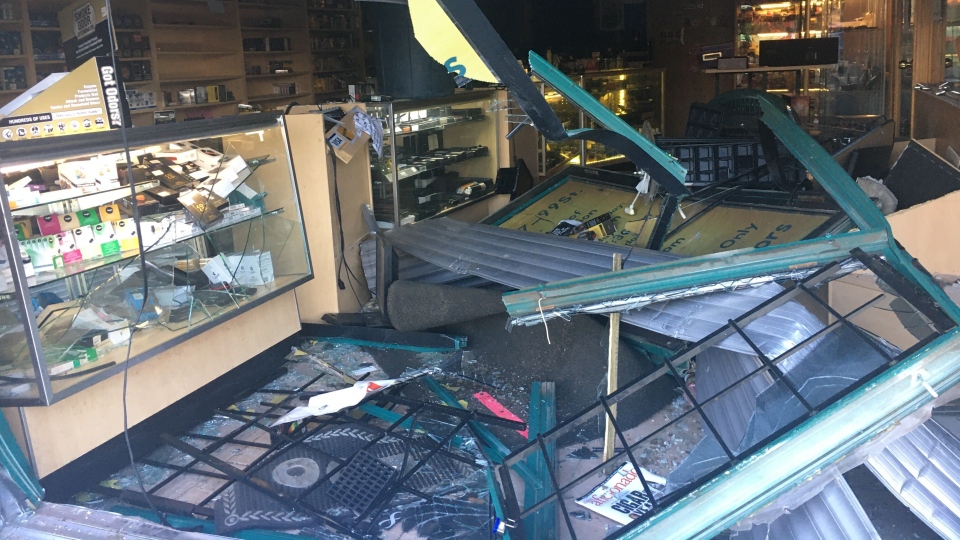 "The damage they've caused is honestly worse than the theft," MacMillan said, adding they have insurance.

She expects Hav-A-Cigar to be closed for four days.