EDMONTON -- Police are looking for the driver of a silver Pontiac Torrent that crashed into the Pho King restaurant on 118 Avenue and 91 Street early Sunday morning.

The crash happened shortly before 7 a.m.

According to a post on the Pho King Facebook page, the driver left the scene before police arrived, and the SUV is not registered. Police confirmed the SUV had a stolen plate.

The 44-year-old passenger in the SUV suffered minor injuries and was treated on scene. 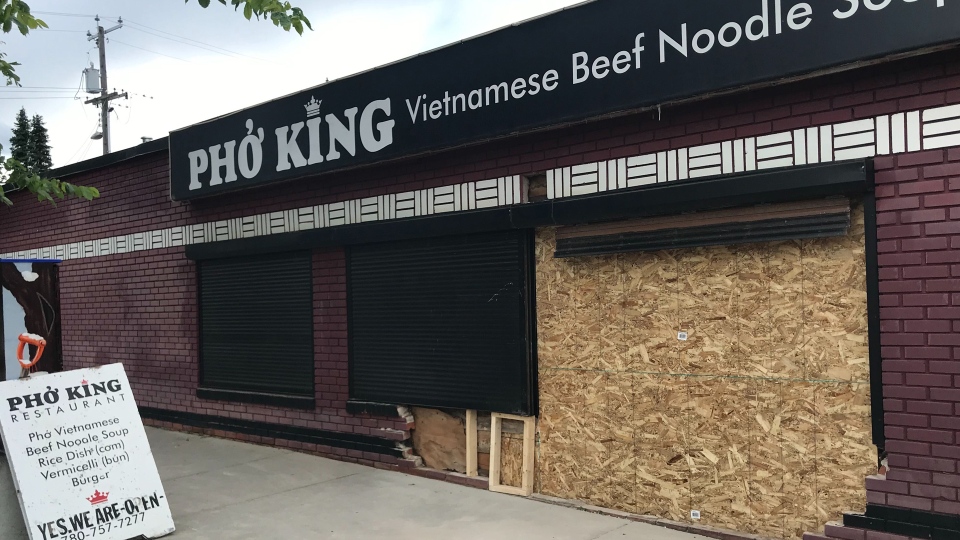 No one was inside when the crash happened, but the building sustained significant damage.