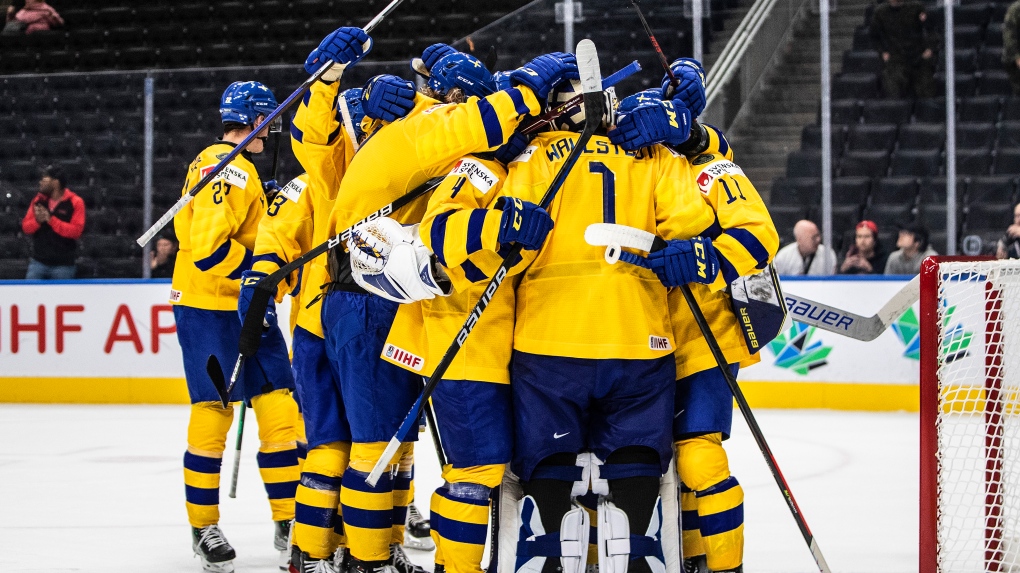 Isak Rosen opened the scoring for Sweden on a power play in the first period. Gustavs Ozolins tied it late in second period. Jesper Wallstedt made 12 saves for Sweden.

Roby Jarventie had two goals and two assists for Finland. Kasper Simontaival and Joel Maatta each had a goal and an assist, with Finland scoring four times on the power play.